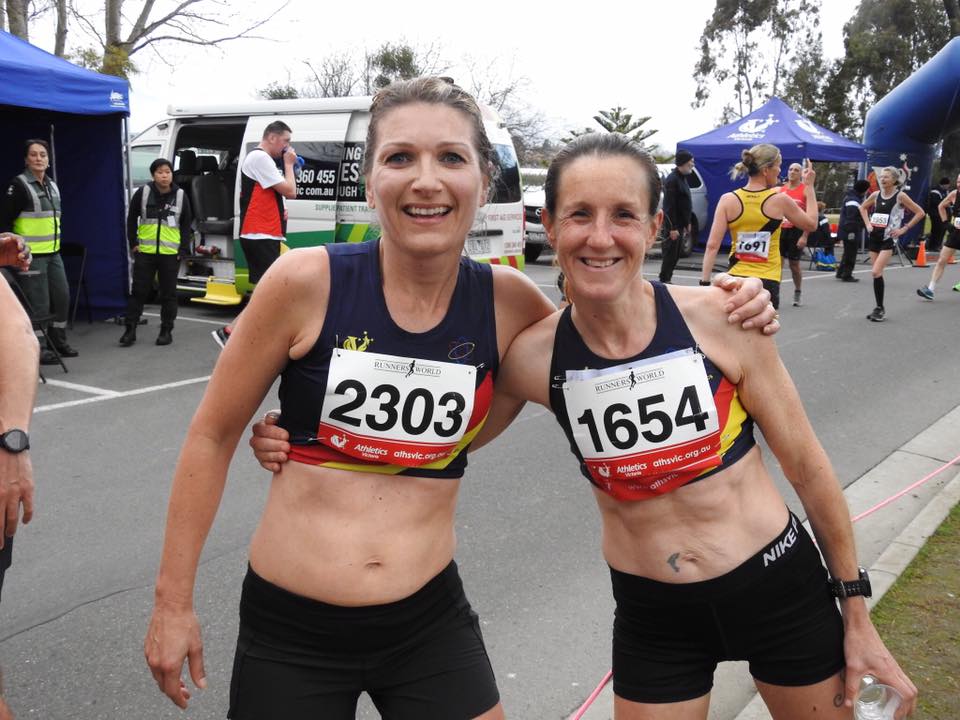 Highlights for this round were the many athletes who were able exploit the perfect weather conditions and produced many PBs in both the 15 and 6km events.  Amongst the fine performances there were many top ten results including a return to the top ten for open athletes Ryan Geard (4th) and Liam Cashin (8th), Junior wins for U18s Ebony Dodemaide and Ethan McMinimee and a second place for U14 Liz Hall, her first XCR medal.  For our teams, our U18 and U14 women’s teams both won and continued to firm up their place on top of the ladders, our Open Men achieved another second place for the season and with Yarra Ranges not fielding an U20 men’s team are now on top of the ladder!

It was a case of 'Wisdom of the Elder’s' with Ryan Geard showing the Premier team young guns how to race the 15km.  Ryan was just outside the medals in fourth place in a time of 45 minutes and 12 seconds, ahead of Liam Cashin in 8th place with a 2 minute PB.  Callum Drake(PB) was third followed by Cody Shanahan(PB), Matthew Tonge and Daniel Dunstone(PB) rounding out the team.  This result sees the team continue to pull away from fourth placed Glenhuntly, now with a 12 point buffer.

Our Div 2 had a much improved result finishing in 6th place thanks to the return of Michael Masseni and Alistair McDonald and solid performances from Nathan Pearce, Matthew Schaumberg, Kirk Shanahan and Liam McGrellis.  This puts the Div 2 a little closer to moving out of the relegation zone with only 6 points away from Mentone who failed to fill their Div 2 team.  A great result for the Div 5, finishing third, moved the team up one place into 5th in the ladders.  The Div 7 had a solid result in second and this has now given us an 11 point lead over the Vic Masters team.  To ensure the Premiership, however, we must still field teams in the next three rounds.

There were lots of PBs in the open men’s teams across all divisions, special mention to a few down the order with Glenn Evans (Div5) shaving a second or two off his fresh Albert Park 10km then taking off about 5 minutes from his previous 15km.  Similarly, Tom Devic (Div7) achieved a 10km PB then went on to cut 3 minutes of his previous best 15km.

Our numbers were challenged this round with only 6 athletes, however, as it turns out many other clubs struggled with numbers also and we preserved our ladder positions.  Our Premier team was solid with Stephanie Thomas leading the way with a PB, finishing 25th overall in a time of 58 minutes and 23.18 seconds, which breaks her previous 40+ club record!  Next in was Nardine Bainbridge then Mel Kodi, Claire Hodgart and Brigitte Sneyders with a 4 or 5 minute PB!  The team finished 4th and this result sees them comfortably placed in 6th, 10 points away from 7th.  Well done to Janice Hodgart, first emergency for the Premier women’s team, with a 3 minute PB!

There were no results for our Div 3 however due to the low overall women’s numbers, with only Traralgon and Essendon fielding teams in Div 3, there was no movement at the top of the Ladder.  Our Div 3 will retain the second place and 13th in Div4, and away from relegation.

The U14 and U18 continued their dominance both winning and increasing the lead in the ladders.  Ebony Dodemaide ran a well-paced race to win the U18s in a time of 22 minutes and 1 second with Abigail Thomas and Janae Mackrell pitching-in with top ten results in 7th and 9th respectively.  The win puts the team further ahead by 18 points and in a great place to win the premiership, but with still 3 rounds to go we need to keep fielding teams.

In the U14s Liz Hall had a great run and won her first XCR medal, a second place and best U14 result for the season.  Second in for the team was Ella Vrhovac in 4th and then Emily Mifsud in 9th place.  With 4 wins across the season they now have a 14 point lead and are in a very strong position to take out the premiership.  Like our U18s, it’s not in the bag yet, but fielding a team for the next three rounds will put it out of reach of Diamond Valley. 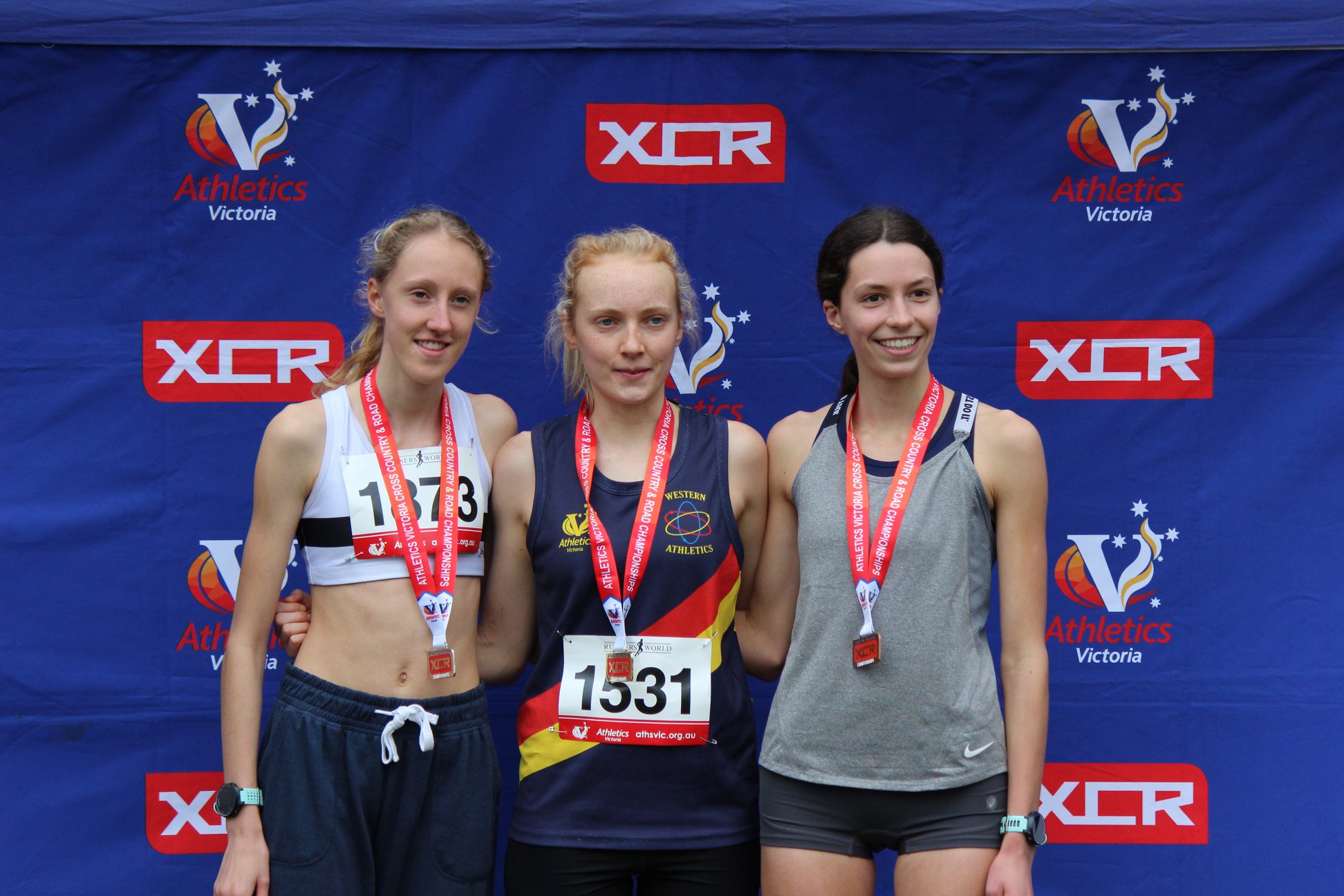 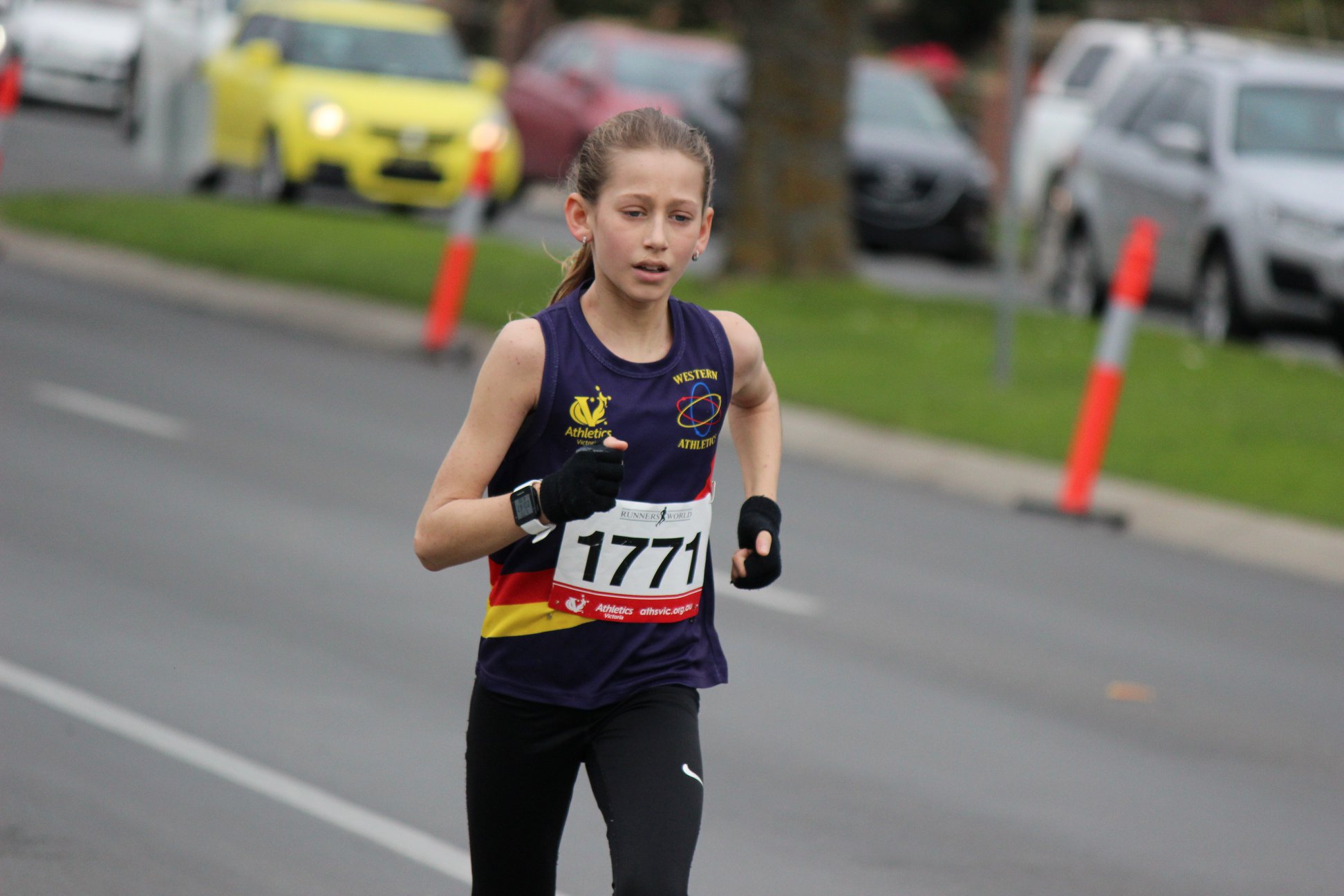 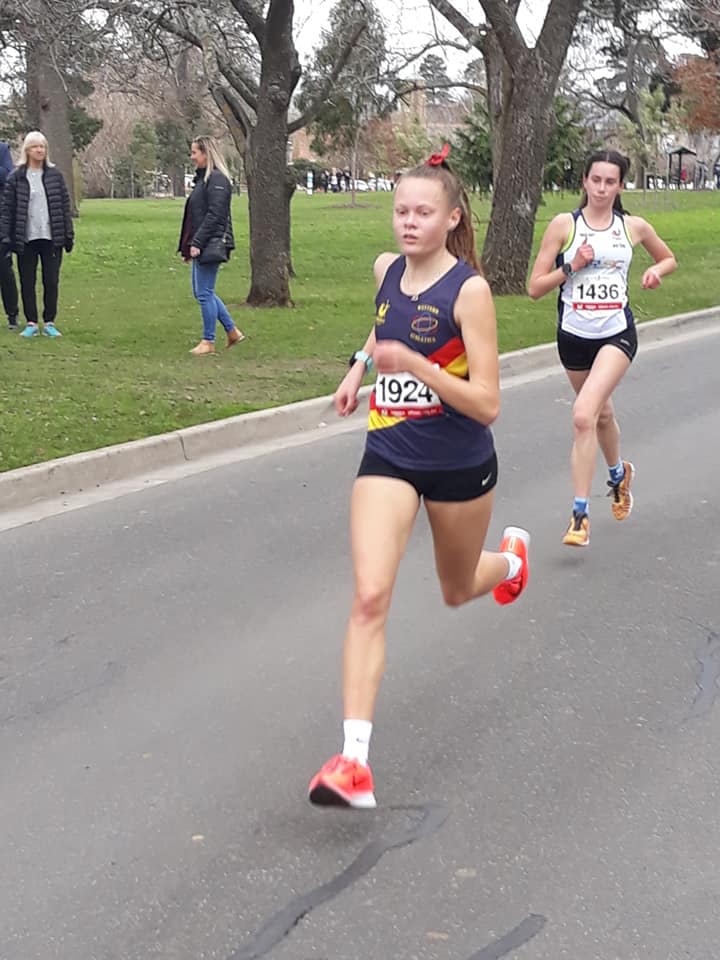 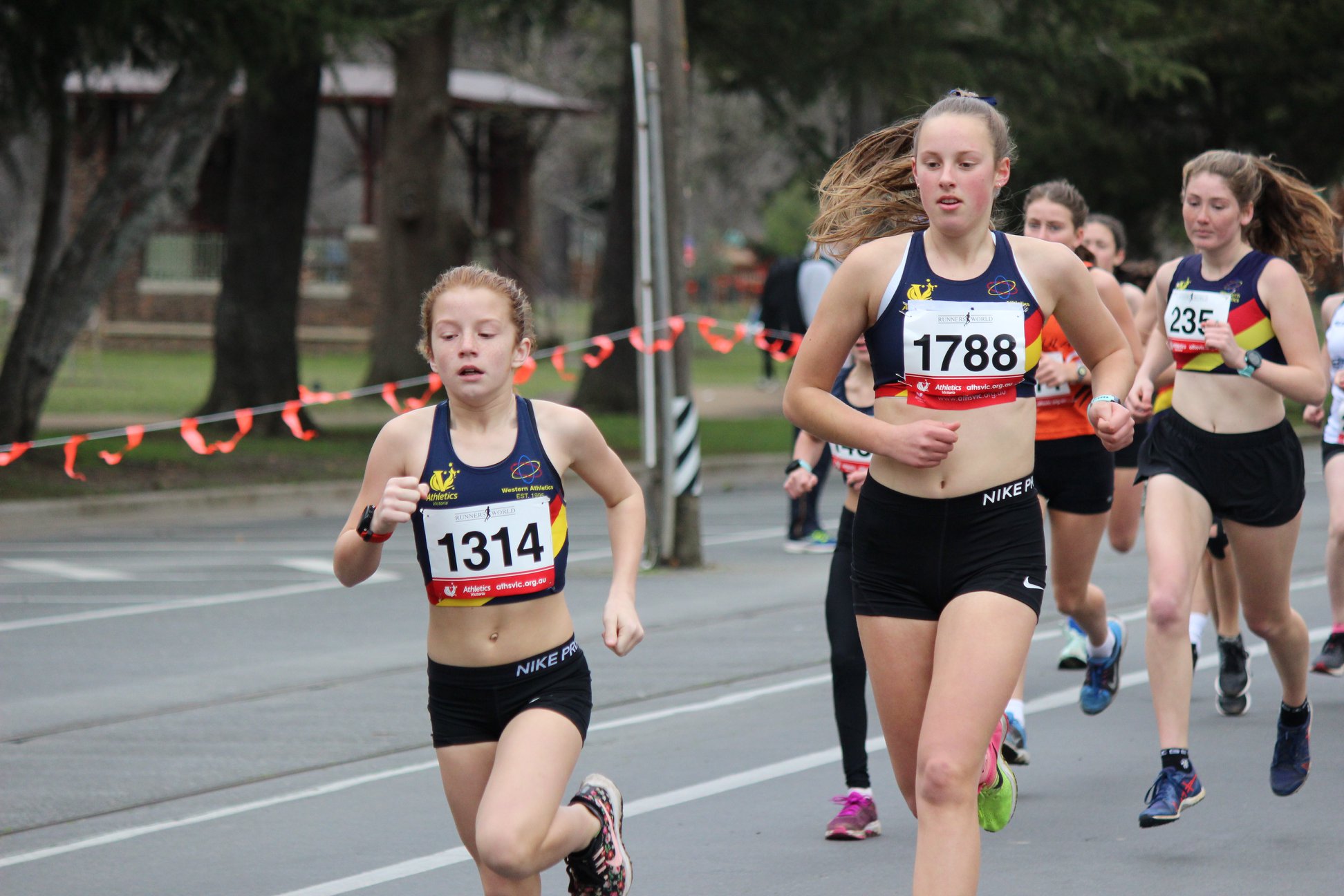 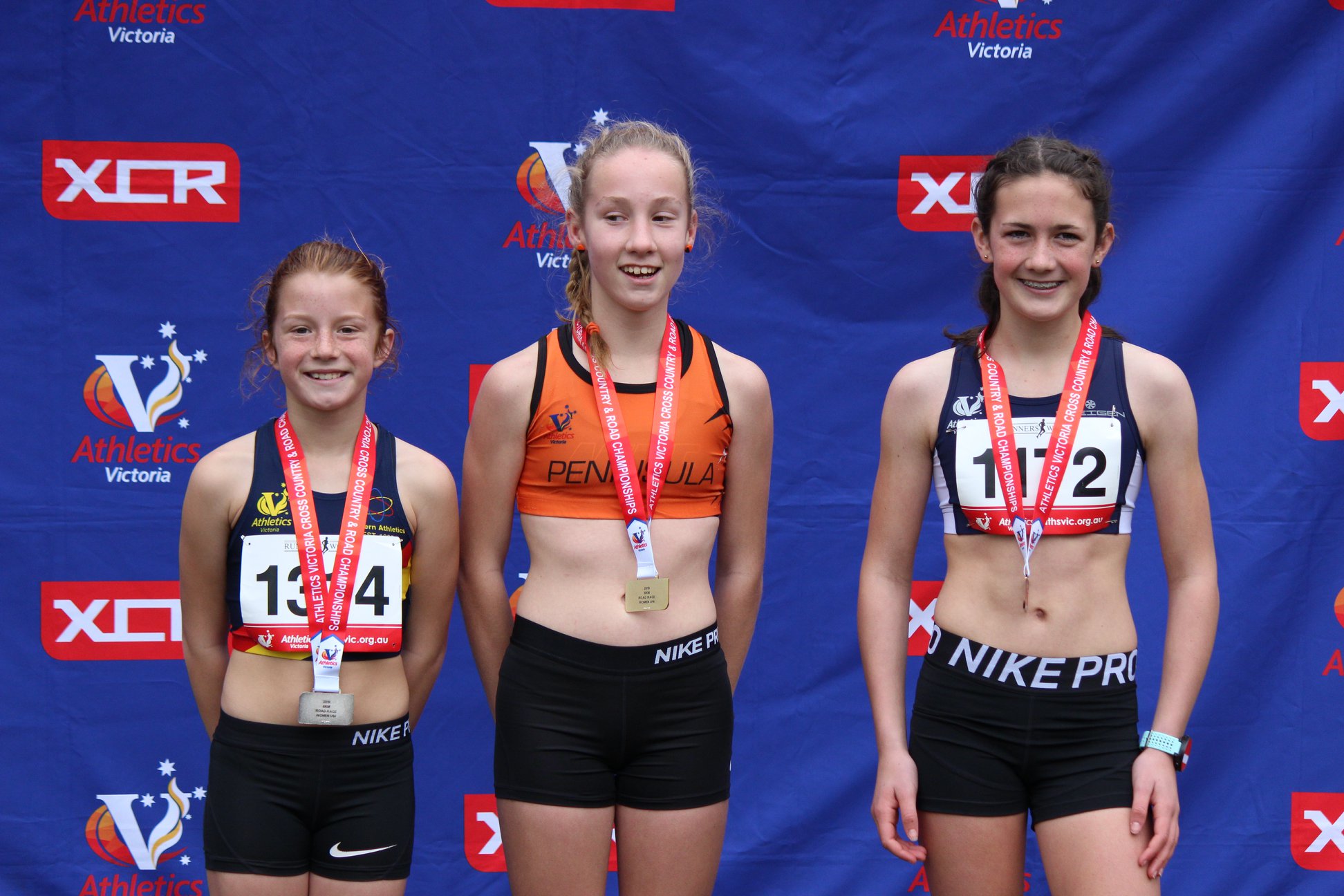 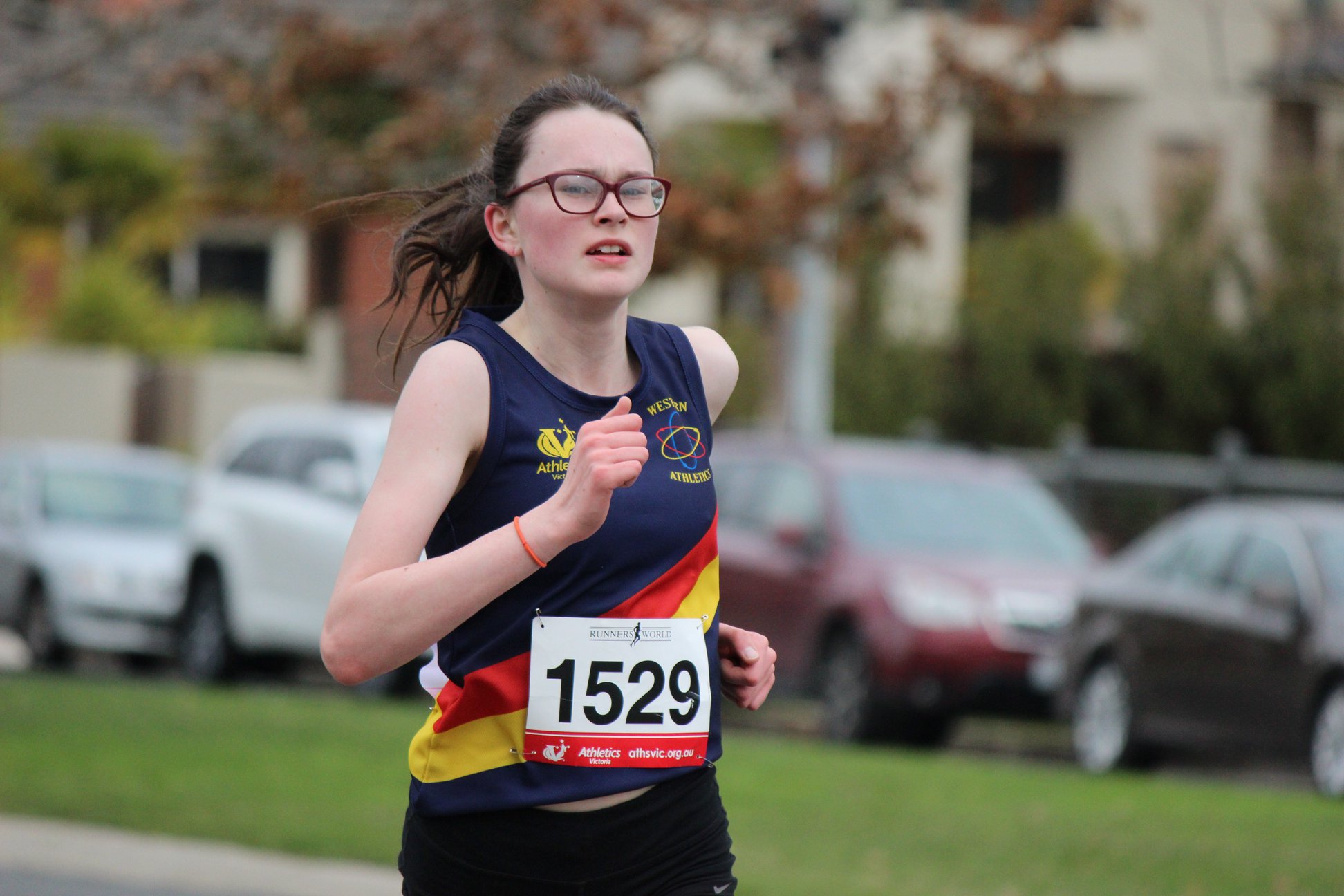 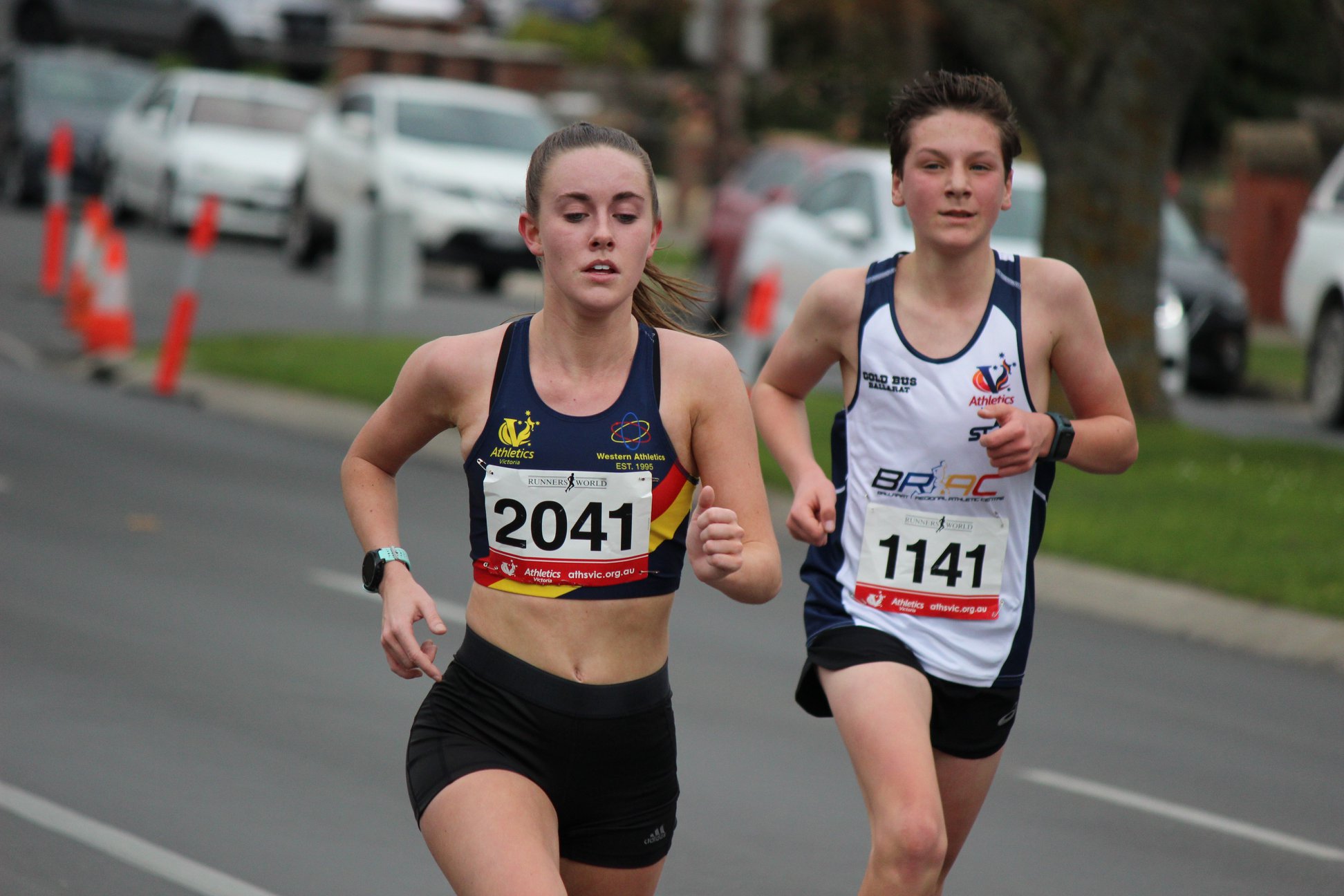 There was a real lift from our U16, U18 and U20 teams this round with a win from the U20s, another second place for the U18 and a best seasonal result for our U16 in 4th place.

In the U20s all ran PBs and made the top ten with Jackson Glover leading the team just outside the medals in 4th place, Robert Weitsz in 8th place and Bailey Sharp in 10th.  With no Yarra Ranges team this result gives our team a slender 1 point lead and has opened the door to a premiership.

In the U18s, Ethan McMinimee ran a blinder to win the U18s race in a time of 18 minutes and 58 seconds with Thomas Glover(PB) then Liam Morgan finishing for the team.  In the ladder the team is in second by 13 points but if Ballarat does not field a team at Cruden then they in with a chance…we will see!

The U16s is a tough competitive group and it was a credit to our boys to achieve a 4 place, their best for the season.  Well done Brad Ganley, Harry Sharma and Anthony Mosele.  With this result the team lifts into 8th place in a total pool of 18 teams!

In the U14 we had Mitchell Roshier finishing just outside the top ten in 11th place. 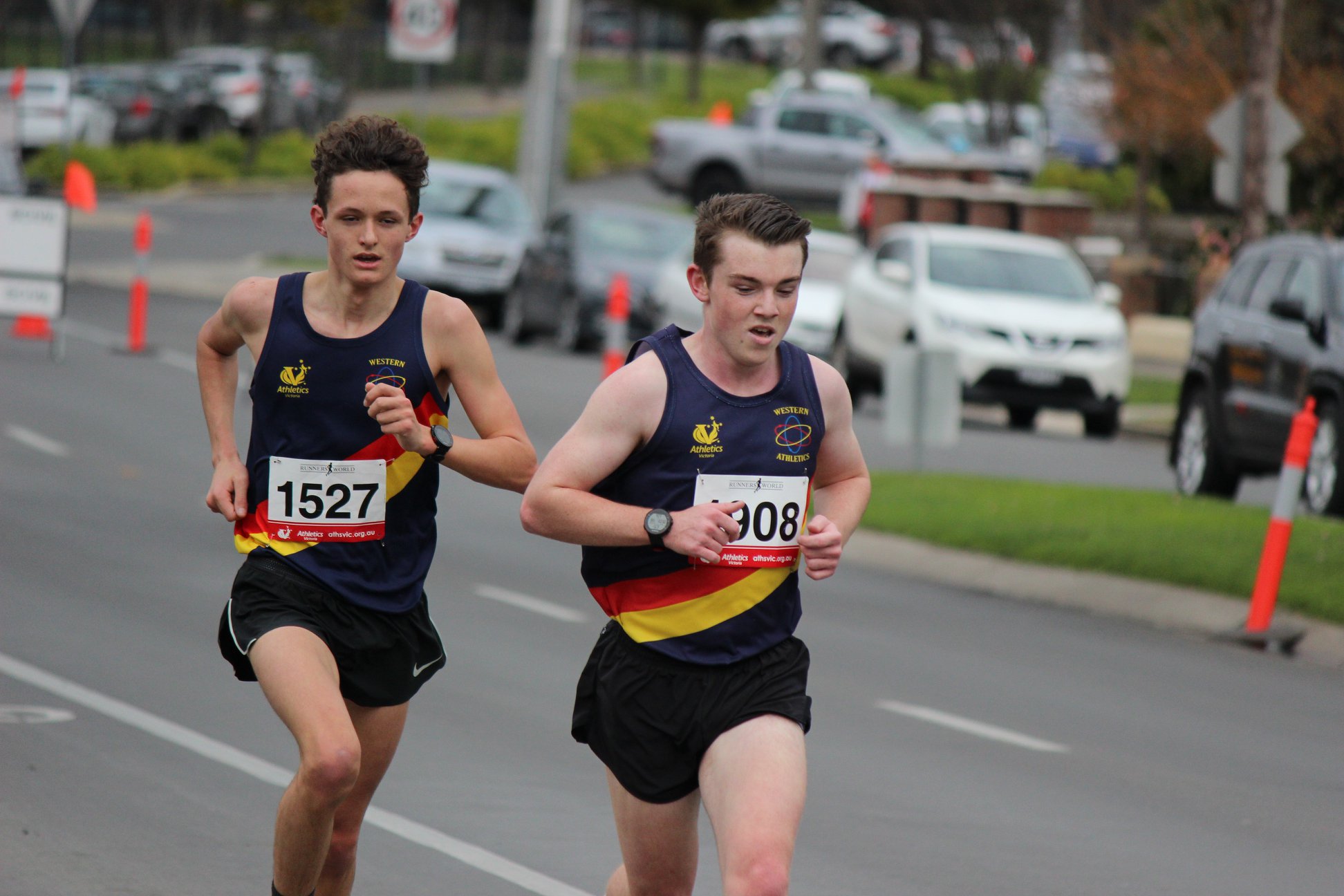 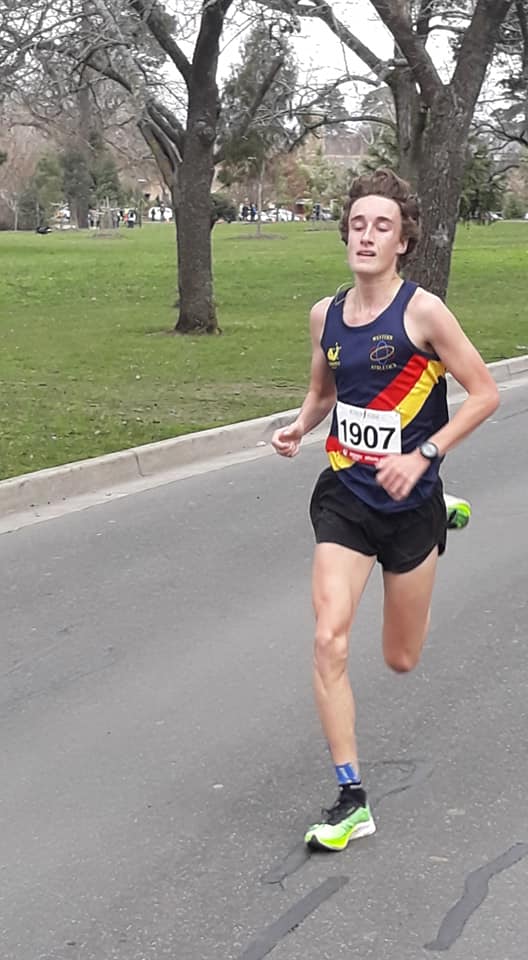 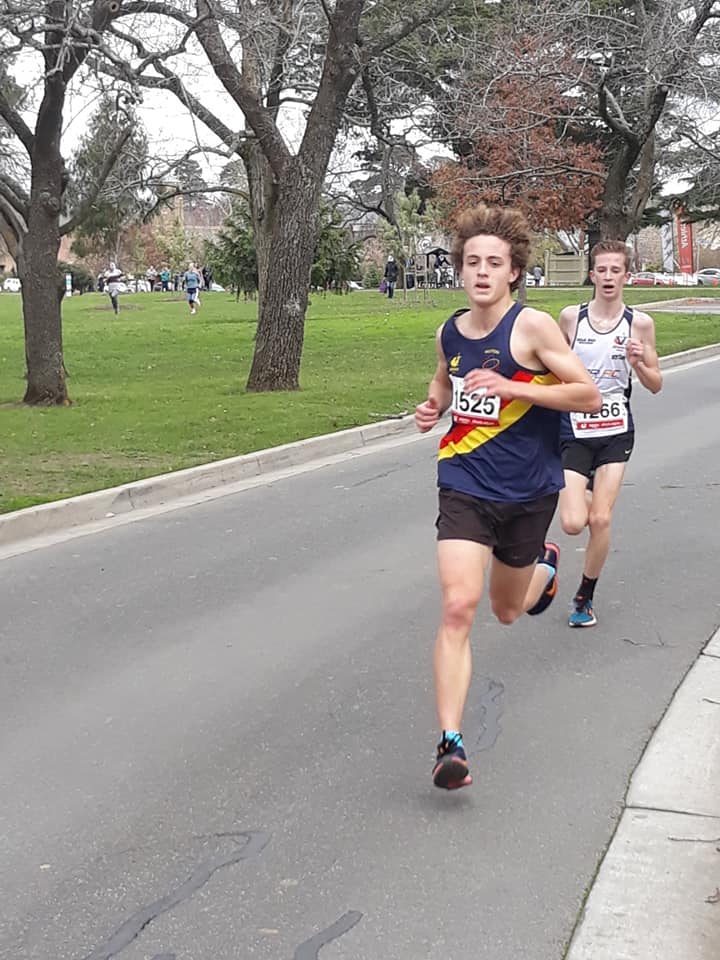 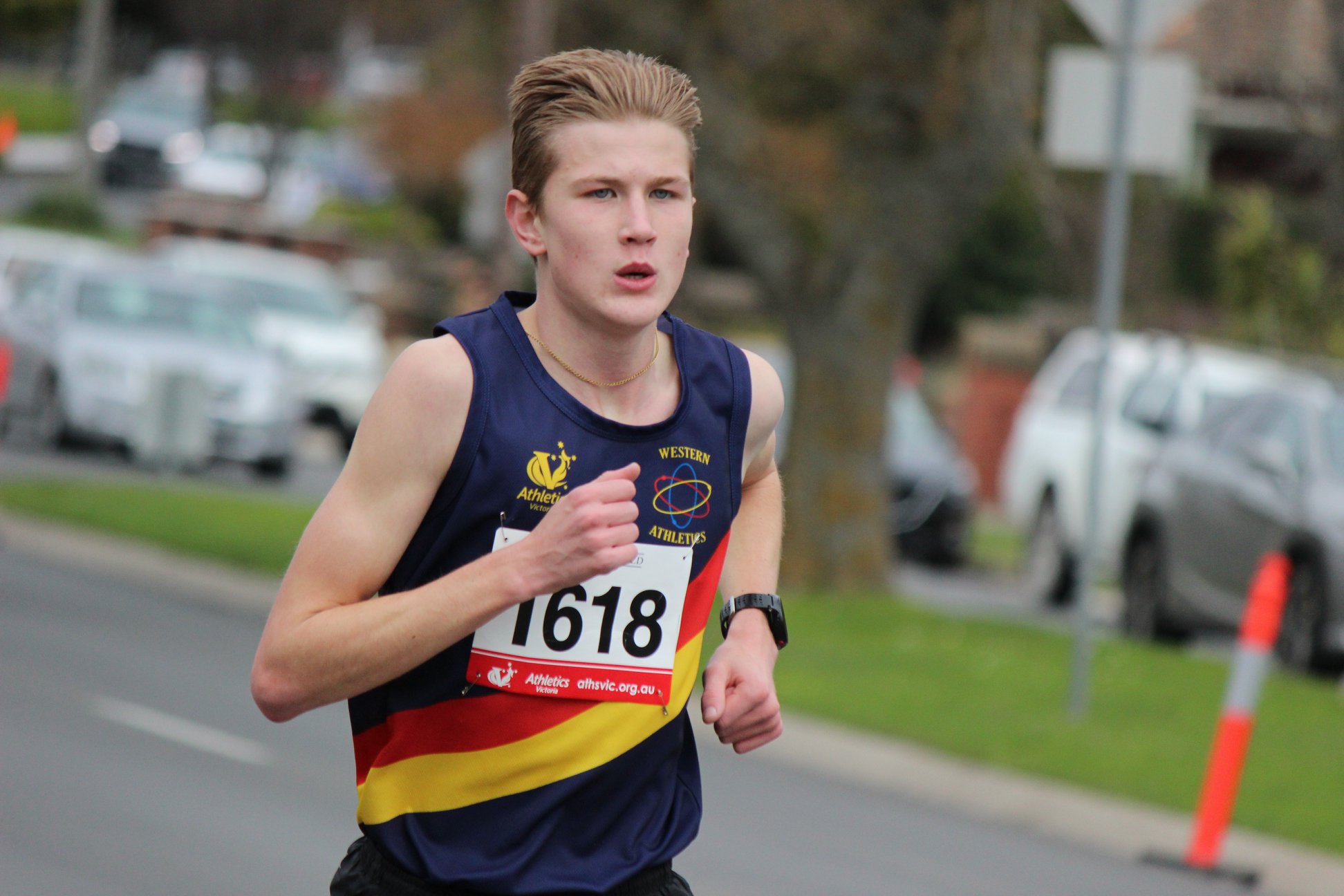