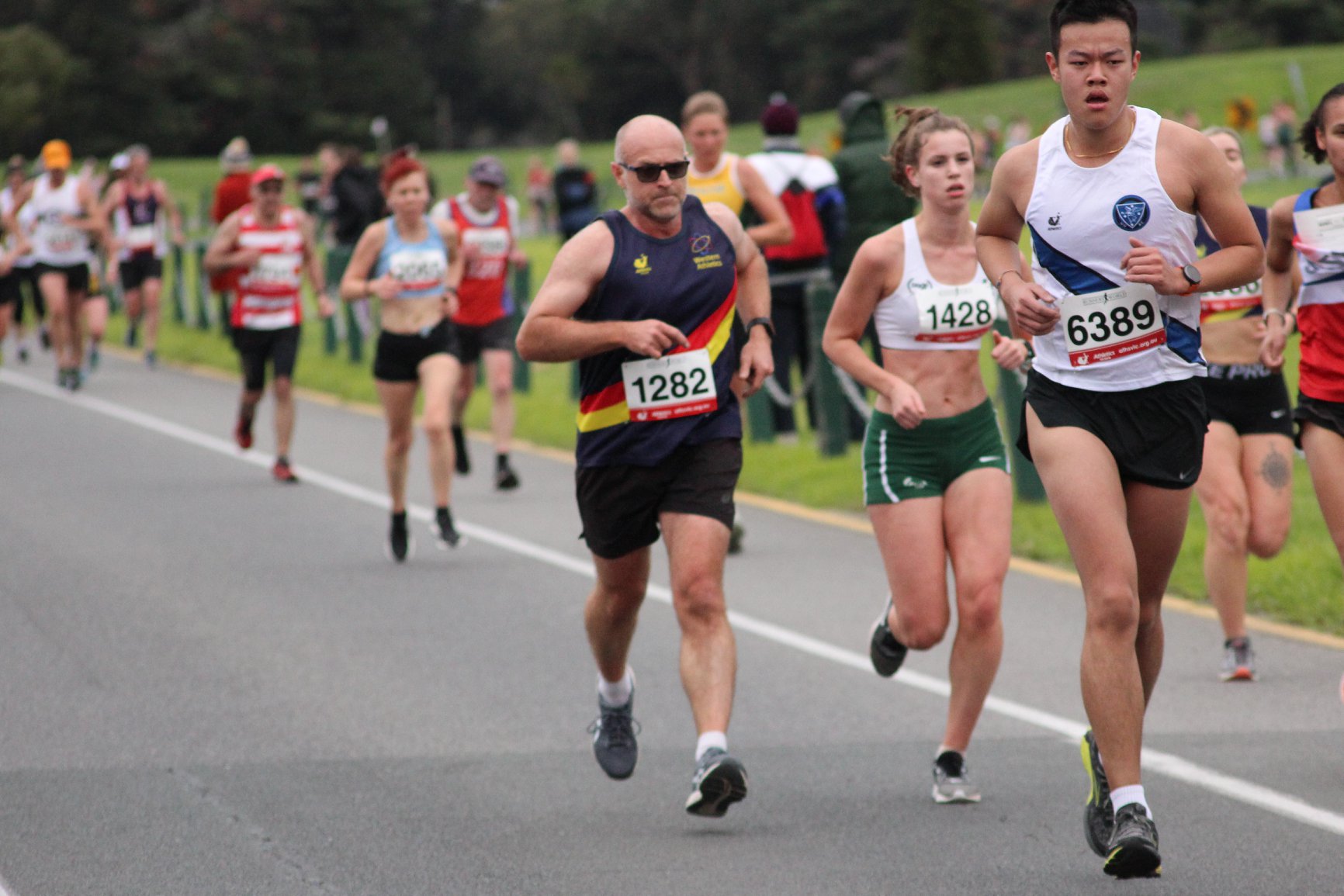 With cool, slightly damp conditions and only a slight head wind on the return leg there were many fine performances and PBs amongst the junior and senior ranks.  We had a strong turn out with 49 athletes running with; 4 open men’s teams, 2 Open women’s teams, 3 junior men’s teams and 2 junior women’s teams.

Albert Park is a very tough race for our open teams as it doubles as the Victorian State 10km Road race and the numbers entered are much higher than other races.  An example of this is we had two athletes running sub-30 minutes and finishing just outside the top ten!  With this in mind, it was a solid effort and most teams fared well, especially the Premier Men with a 3rd place and a sixth place for the Premier Women.

With 10 athletes running we covered two teams.  In the Premier women’s team Nardine Bainbridge continue her recovery crossing the line first in a time of 38 minutes and 40 seconds.  U20 Sophie McMinimee ran in open and ran a PB, then Stephanie Thomas, Mel Kodi and Claire Hodgart made up the Premier team.  It was a great consistent result and, with the team finishing ahead of the three teams below them in the ladder, they will move further ahead in 6th place.  The Div 3 team consisted of Brigitte Sneyders (bouncing back well from the GC half Marathon to record a PB), Mechelle Lane (2nd in 55-59 age group), Roxanne Russell (first time in the 10km distance) and Janice Hodgart (8th in 55-59 age group) with the team finishing in 4th place.  In the absence of some other teams, our 4th place will firm up our second place in the ladders, improving our promotion chances.

The best result for the day was our premier team with a third place behind St Stephens and the Box Hill teams and all athletes in the top 40!  First to finish was the duelling duo of Liam Cashin and Cody Shanahan, a very special race for them as it was their first time under the 30 minutes for a road 10km.  Cashin finished first in a time of 29 minutes and 53 seconds with Cody only a second behind him in 29.54.  Next in was Ryan Geard then Nathan Pearce with a PB, Callum Drake and Matthew Tonge finishing for the team.

Despite a strong Premier team, again, our Div 2 team was smashed with the team finishing last.  On paper we have the numbers and we could bounce back in the next 4 rounds, it is not impossible to save the team from relegation.

The Div 5 finished 10th and congratulations to Glenn Evans for a solid run and PB in this Div.  This result will see them slide back into 7th place but well away from relegation.  The Div 7 did well with a second place and, with no Vic Masters team, this will see them on top of the ladder with a 10 point buffer.  On this year’s trends, a team in most rounds will see a premiership in this division.  We are the only club to field a team in each round.

Our U18 and U20 again had wins which now see them both increase their leads in the ladders.  We had very solid numbers in the U18s, well done to all those who ran, this is important to ensure the team results keep ticking over.  The U18s team of Ebony Dodemaide (2nd), Mia White (9th) and Abigail Thomas (14th) won the race and this now puts the team ahead in the ladder by 16 points. 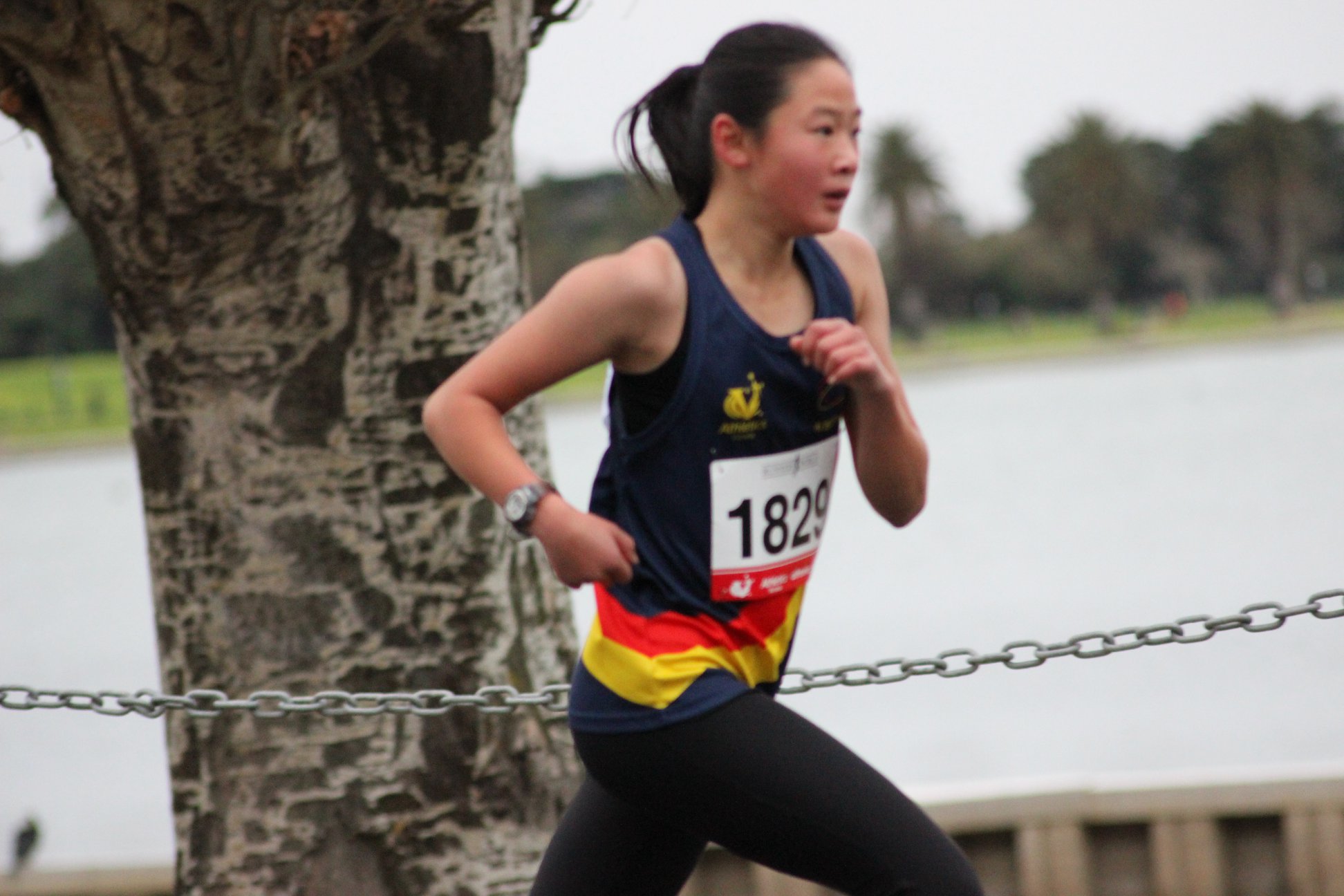 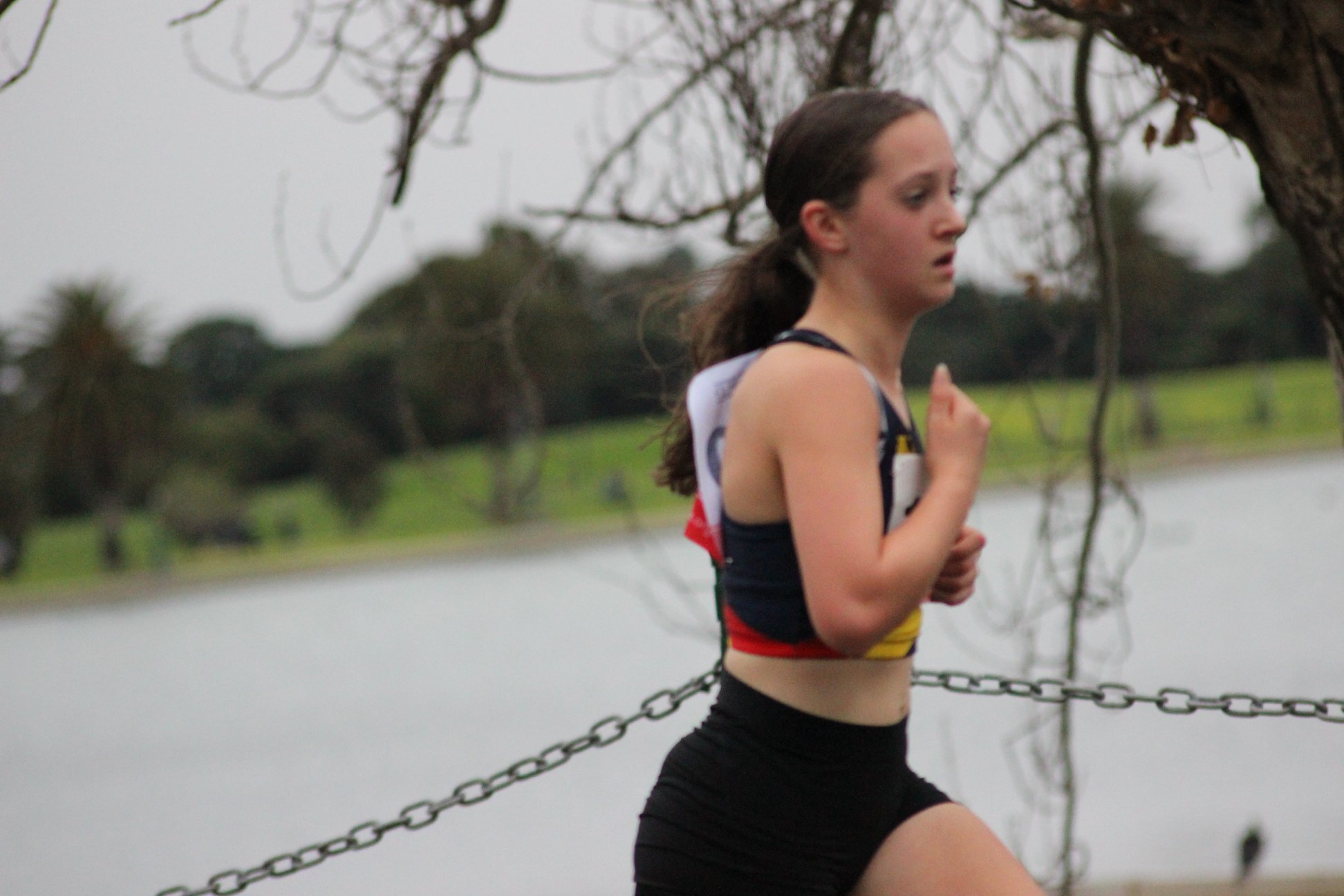 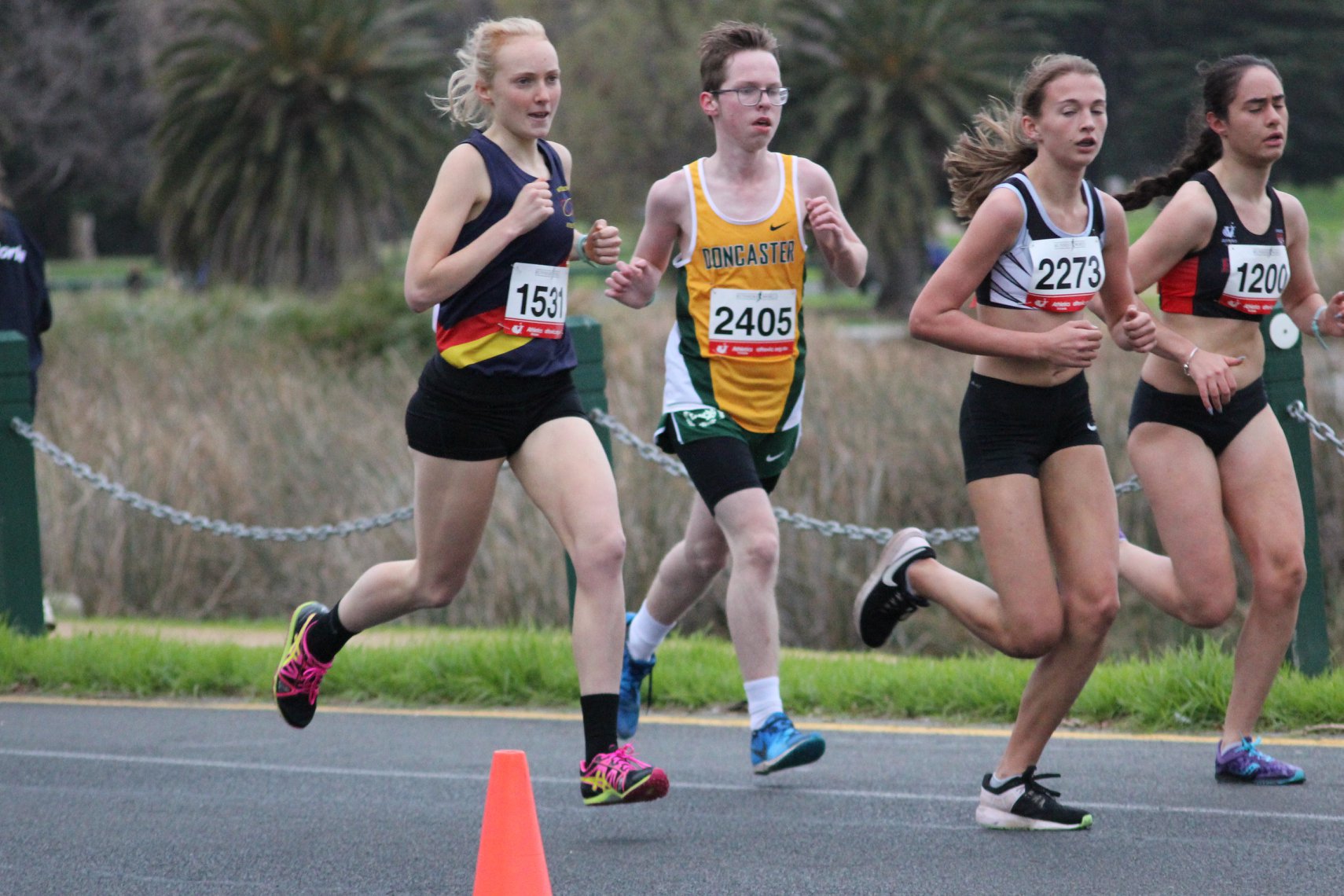 We had three team results with the U20 and U18 completing the 10km course and our U16 in the 3km course.  The U20 men came second, a great result and very promising for our open men’s division in a year or two!  All ran solid PBs with Jackson Glover (9th) finishing first then Robert Weitsz with Bailey Sharp finishing for the team.  The U18s also did very well as a relatively young team to finish 3rd.  Sixteen year old Ethan McMinimee (3rd) led the team and produced a 1.5 minute PB finishing in a time of 32 minutes and 50 seconds.  Liam Morgan finished second for the team then Thomas Glover, both for their first time in the 10km race.

In the U16s Brad Ganley led the way finishing in 9 minutes and 47 seconds with Harry Sharma and Anthony Mosele making up the team which finished in 6th place. 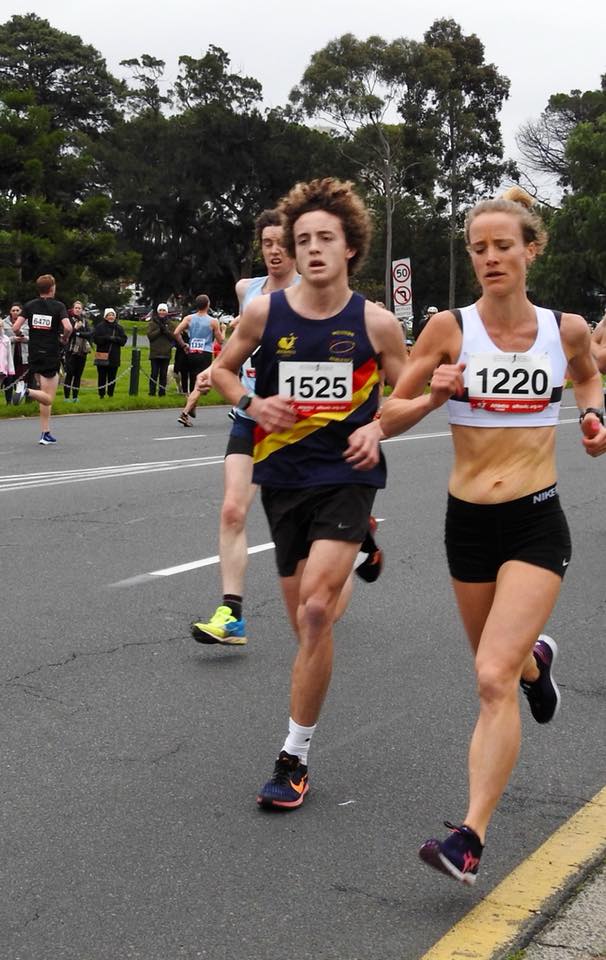 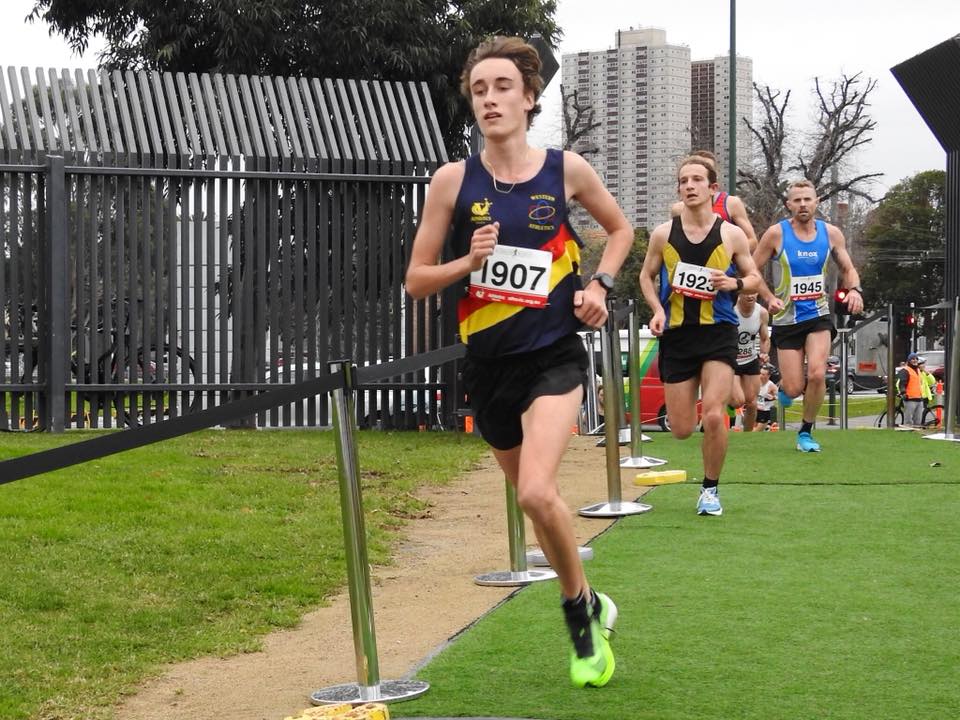