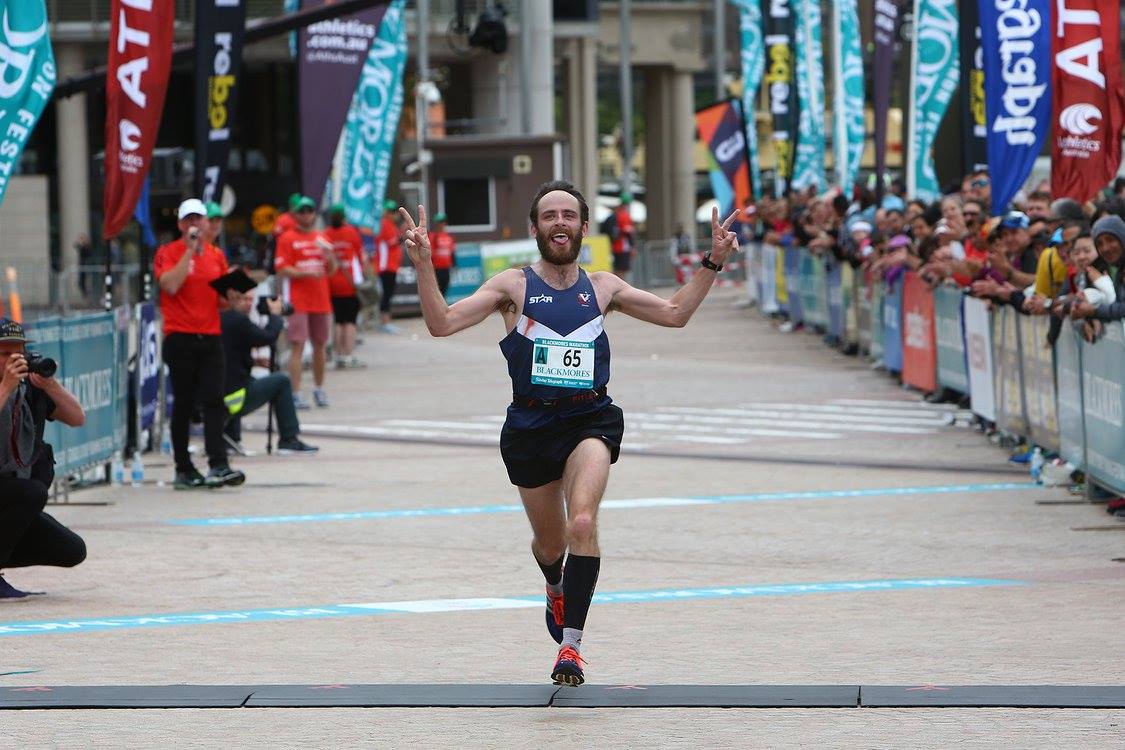 Congratulations to Rob Pope on winning the Australian Marathon Championships in Sydney!

The Australian Marathon Championships were held in conjunction with the Blackmores Sydney Running Festival on Sunday 18 September 2015.

It was a challenge for Rob facing both a tough course and having to run by his self for a large part of the marathon, with the lead pack of international runners breaking away and the runners behind him not being able to keep up. However he was able to run a strong marathon, finishing 10th overall and the first Australian across the line, more than three minutes ahead of the next Aussie. Well done Rob on becoming the Australian Marathon Champion!

For a great write up on Rob's marathon the Star Weekly's article is a must read: http://www.starweekly.com.au/sports/werribees-unexpected-marathon-champ/