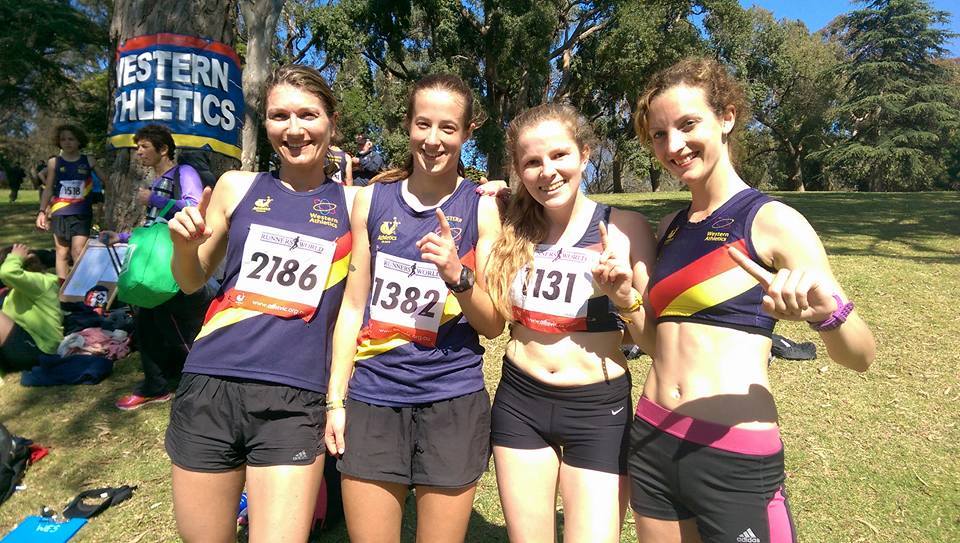 Congratulations to our Women’s Div 2, Premiers for 2015! Off to Premier Division now! With four wins, two second, two third and two fourth place results, it’s been a very solid consistent effort from all athletes for the season and there were not just four there were many that carried the work load. The athletes who contributed directly to the team this year were: Carolyn Huell, Belinda Keogh, Brigitte Sneyders, Brianna Bunworth, Tracy Douglas, Nardine Bainbridge, Claire Hodgart and Rochelle Kennedy.

What a fitting end to the season for our seniors athletes, with mainly second and third places across the men’s and women’s divisions in these relays. We kept up the pressure right to the end which will result in our best finish to the season in the men’s Div 2 for many years and of course the premiership for our women’s Div 2. Our juniors also finished well with three medals and in the ladders we will have a couple of second places and a premiership for men’s U14. Thanks to the weather gods we had a glorious morning again, makes the day a real pleasure, not looking forward the Tan when it rains! Thanks to our three AV helpers; Adrian Jeffkins, Sue Rebesco and Colette Taylor and all those who assisted with spotting/recording and chasing after athletes!

Coming into the Tan relays our Div 2 were on top of the ladders by 4 points, after the superb win in the half marathon, we needed to finish third or better at the Tan to retain the lead and win the premiership. Even before the start it looked like our rival Old Xaverians were set for a win. With two or three of their top ranked winter athletes in their team, they brought their ‘A’ team to the battle, so it was down to the quality of the other teams and our women being in top form. It was looking a little shaky after the first leg, despite our lead runner, Brianna Bunworth, putting a 27 second PB, we were in sixth place. This was actually not a bad position and whilst we lost touch with Old Xaverians, Claire Hodgart also ran a PB and in the process overtook 2 teams, putting us in fourth place. Claire then handed to Nardine Bainbridge, and in her first Tan Relays she produced a ripper, finishing in a time of 14 minutes and 5 seconds, fastest of our women, putting us into third at the last change. Brigitte Sneyders was in the fourth and final leg and, possibly feeling a little pressure, ran a one minute PB to overtake the Mornington team and finish in second place. In the other results our Div 3 was 3rd and Div 5 was 6th and 15th, a great set of results that shows we have real depth in the open women’s divisions now.

Coming second to Old Xaverians will result in our women retaining top spot on the ladder by 2 points and of course winning the Premiership. Well done ladies, you did it, a truly remarkable effort!! As a bonus our Div 5 had already won the premiership and we will also move into Div 4 in 2016. 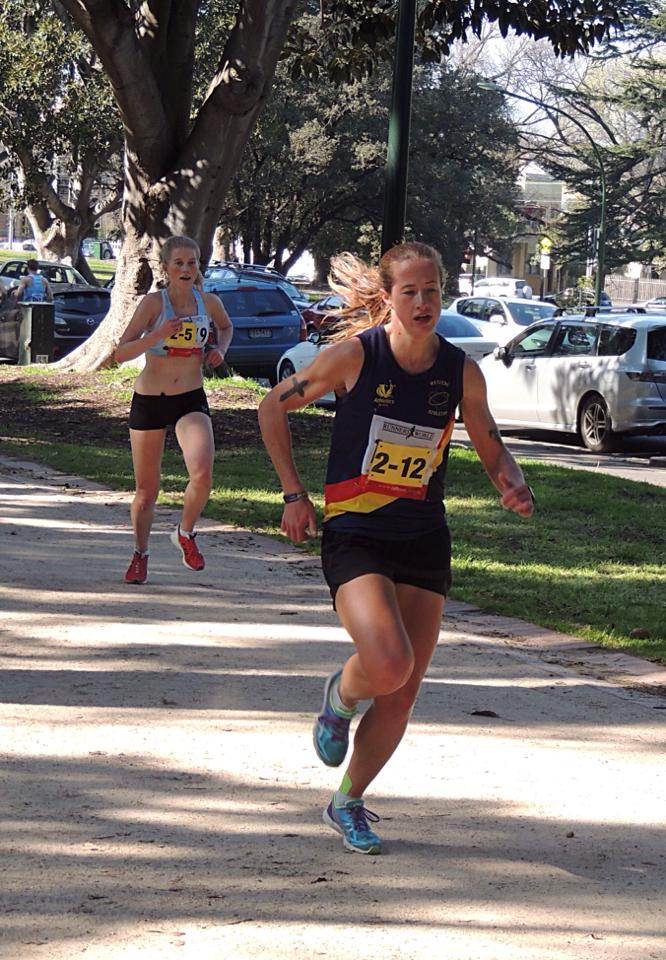 A great season for Nardine - Photo by Tania Shanahan 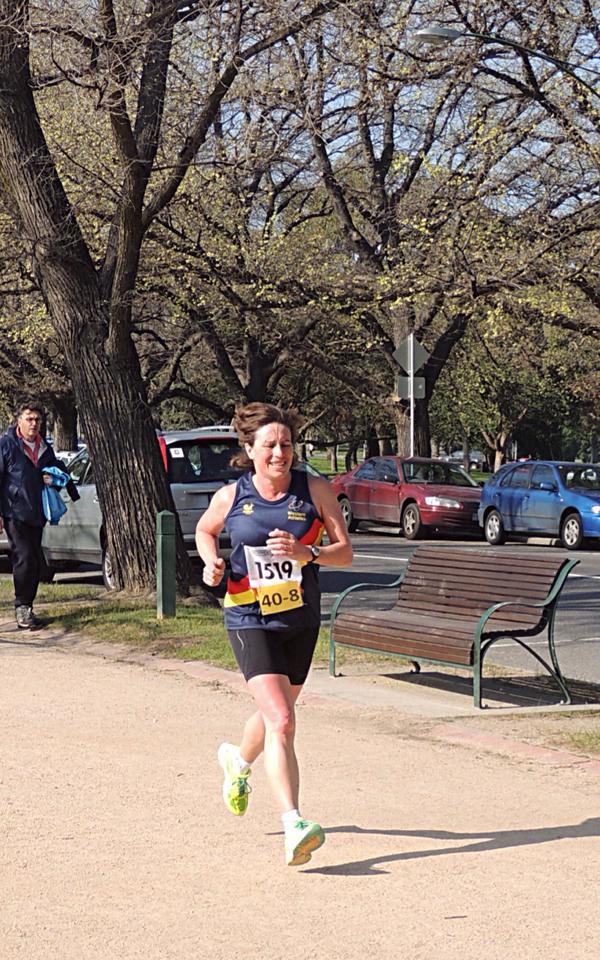 With the div 2 premiership decided, the Tan relays was a preview of next season’s battles with ATE. Jack Rayner got us off to a flying start, breaking his Tan PB by 7 seconds and club record, completing the course in a time of 11 minutes and 1 second. Solid efforts from Daniel Barlow, U20s Michael Mirindi and John Camilleri, Alistair MacDonald and, in his first time this year in the Div 2 relay team, Alex Tyrrell, securing second place behind the Essendon team. Like the women our men’s teams now have plenty of depth resulting in our Div 3 in 2nd , Div 6 3rd and the Div 7 9th and 19th. For the second time this year we had 5 men’s teams. 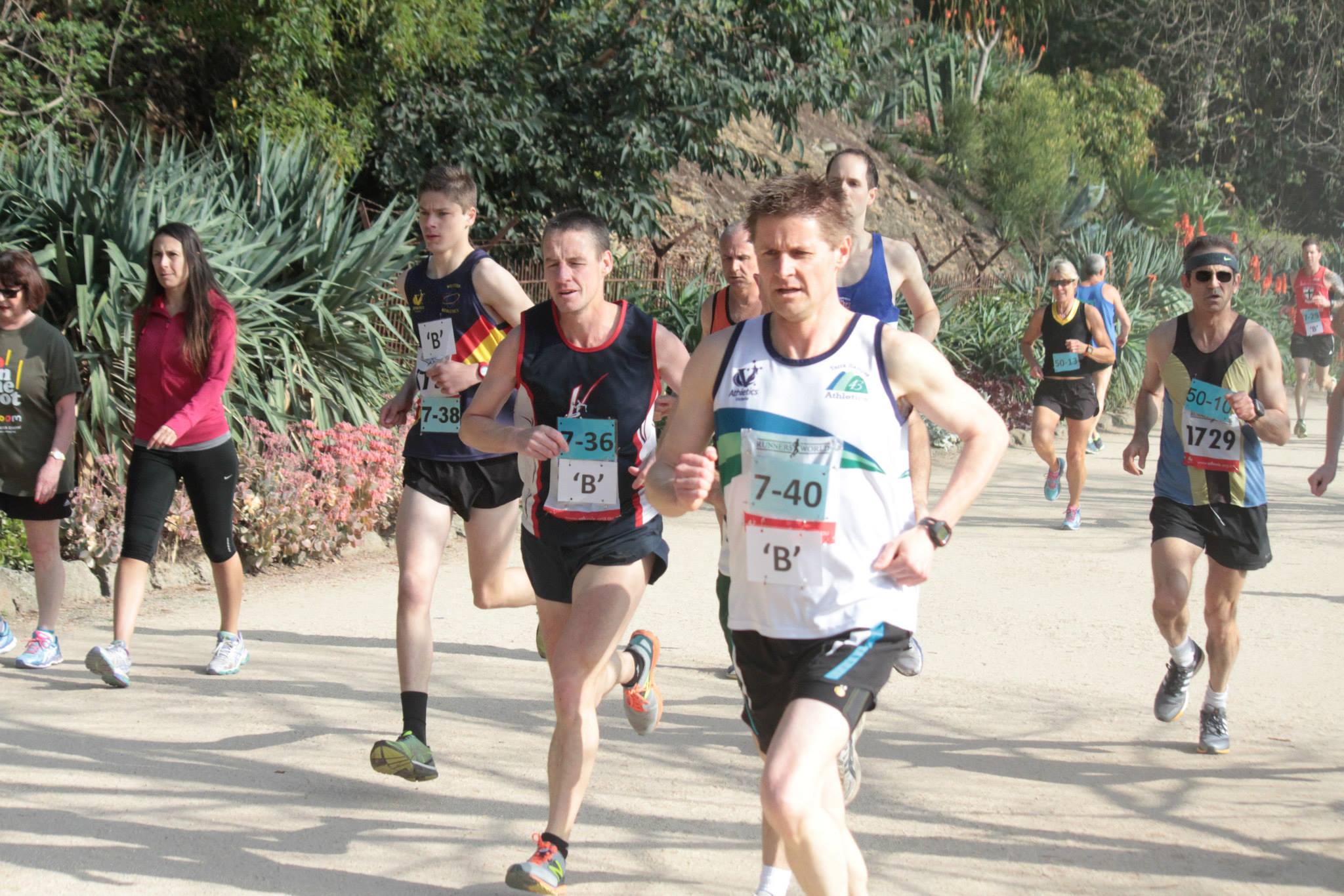 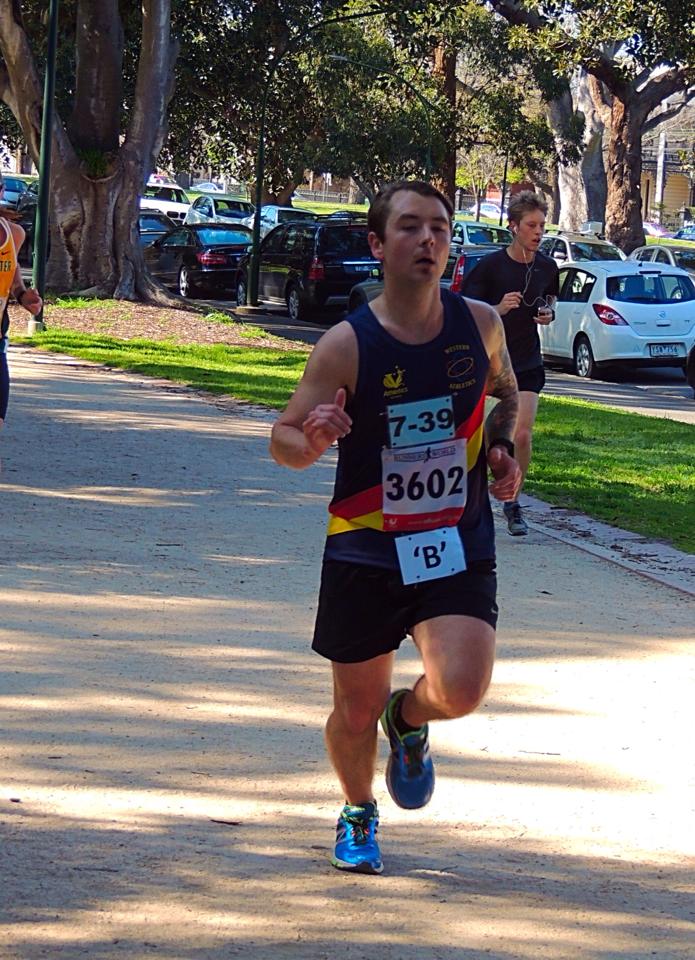 We had some solid results in the junior ranks with two bronze medals and one silver. The Men’s U20 bounced back onto the podium with a bronze medal with the combination of Nathan Pearce, Daniel Dunstone and Lochlan Lyness. In the Women’s U14s Georgia Muller, Yara Taylor and Rachel Evans also won the Bronze and there was a Silver medal for the U14 Men’s team of Brandon Muscat, Bailey Rankin and Ben Hussey. With the second place for the men’s U14s this secures the premiership for the boys. 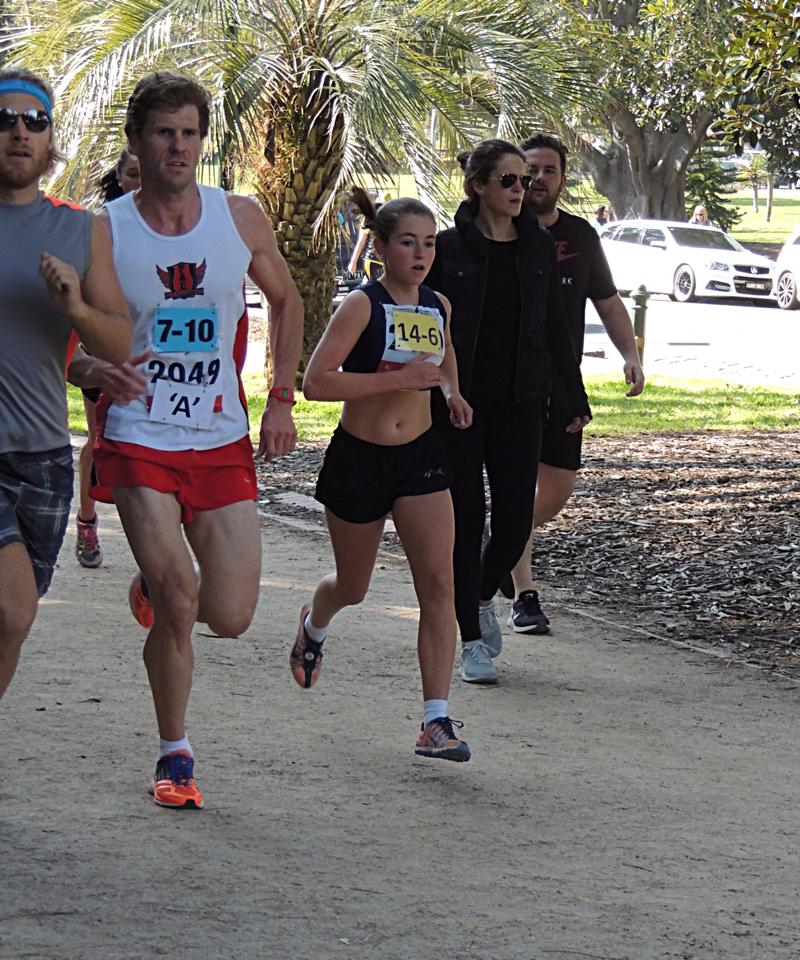