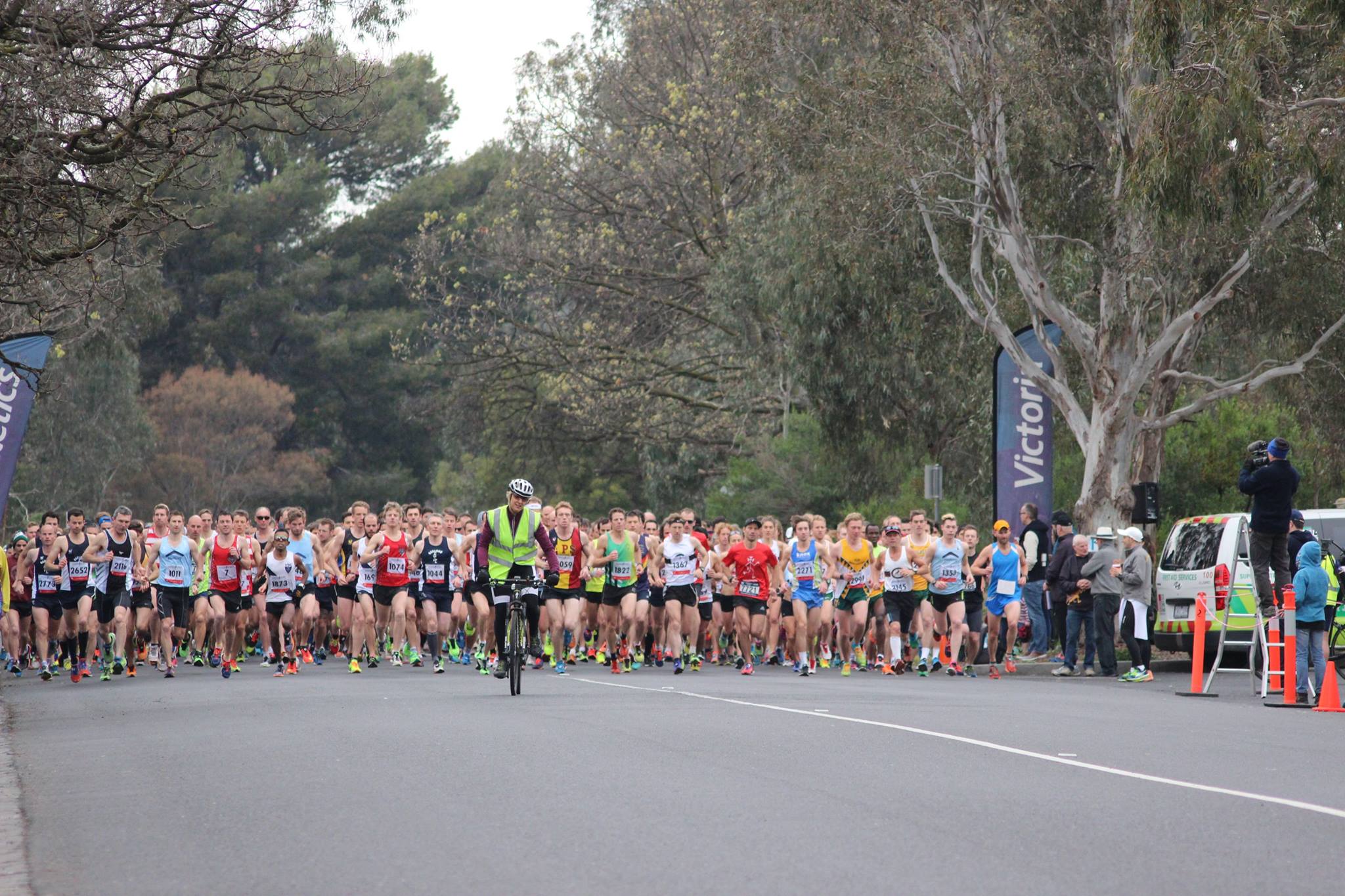 Off and racing - Photo by Lori Glover

With a total of 21 seniors competing in this year’s Burnley Half Marathon, it was our best in at least 5 years and one of our best turn-outs ever! This was mainly due to increased numbers from our women’s ranks with a total of 10 athletes, where in many other years we would struggle to field one team. For those who rose early to brave the cold, the conditions ended up being ideal, with light cooling winds and overcast, many of us put in great runs. As with other races this year, Burnley was a great example of how, as a collective, we have progressed and that we are an emerging force in the AV XCR series. There were a staggering number of PBs, of the 21 athletes at least half of us ripped one out! To add to this, our women’s Div 2 were all in the top 20, remarkably finishing 9th, 11th and 13th, while our men’s Div 2 had 4 in the top 60 with a few our best athletes missing.

The half marathon was always going to be a strong one for our Div 2 and the ladies did not disappoint! Tracy Douglas was first for the team in a time of 81 minutes and 36.5 seconds, finishing 9th and our first top ten results in the women’s for many years. Not far behind was Brianna Bunworth (11th) and Nardine Bainbridge (13th). I’m not sure what Tracy’s half marathon PB was but there were some really impressive improvements and none more than Brigitte Sneyders, first in for the Div 3, who knocked of 5 minutes from last year’s time. The other thing that was impressive about the ladies was that we had enough finishing to field three teams, a mighty effort by all, especially Brenda Cashin and Janice Hodgart who went through their own version of hell to finish and in Janice’s case a PB also! Congratulations to Di MacDonald on the completion of her first half, and very well for a first her time.

Photo – Tracy finishing? Brigitte, Di, someone else that wasn’t in the last one? 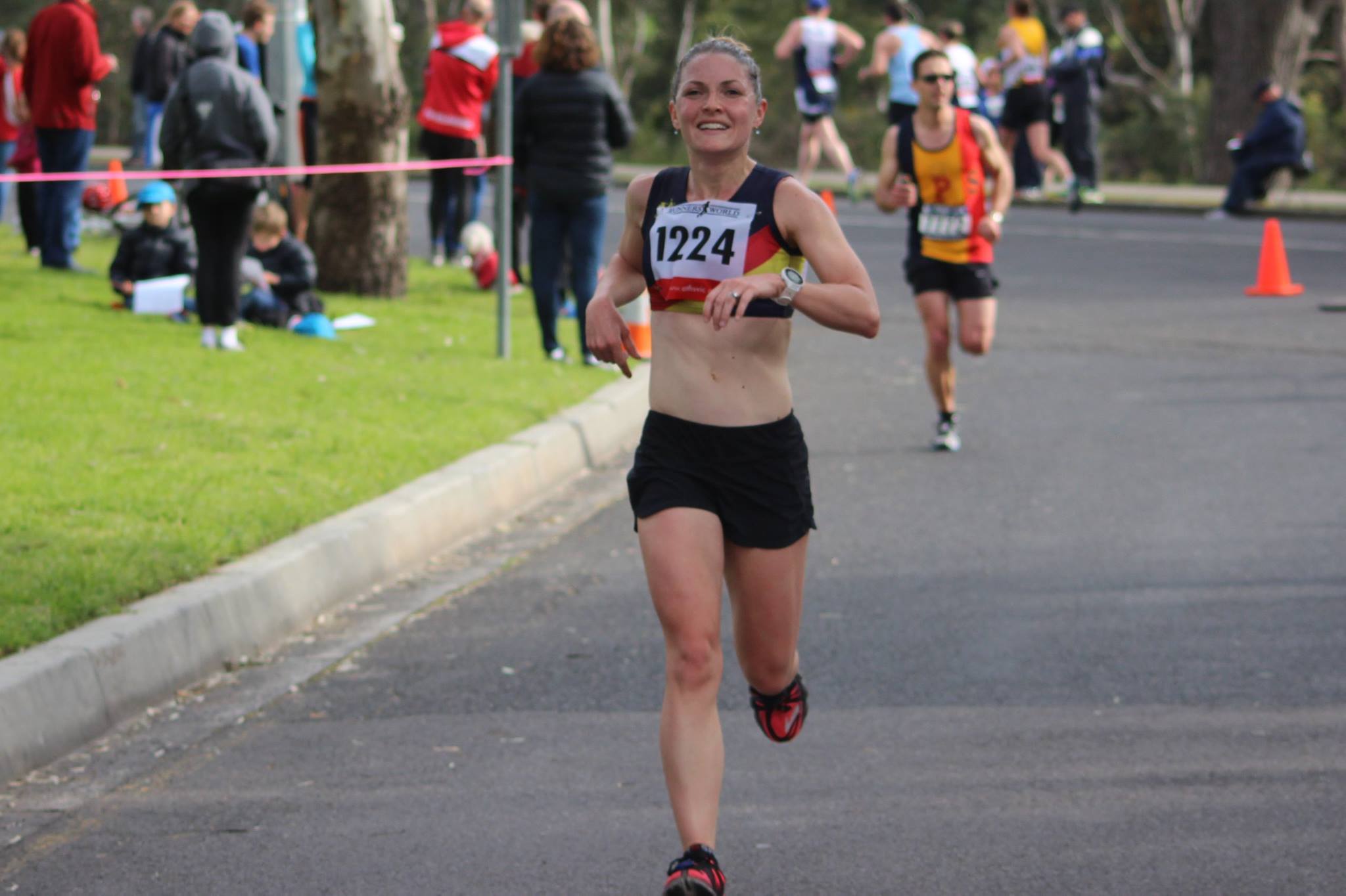 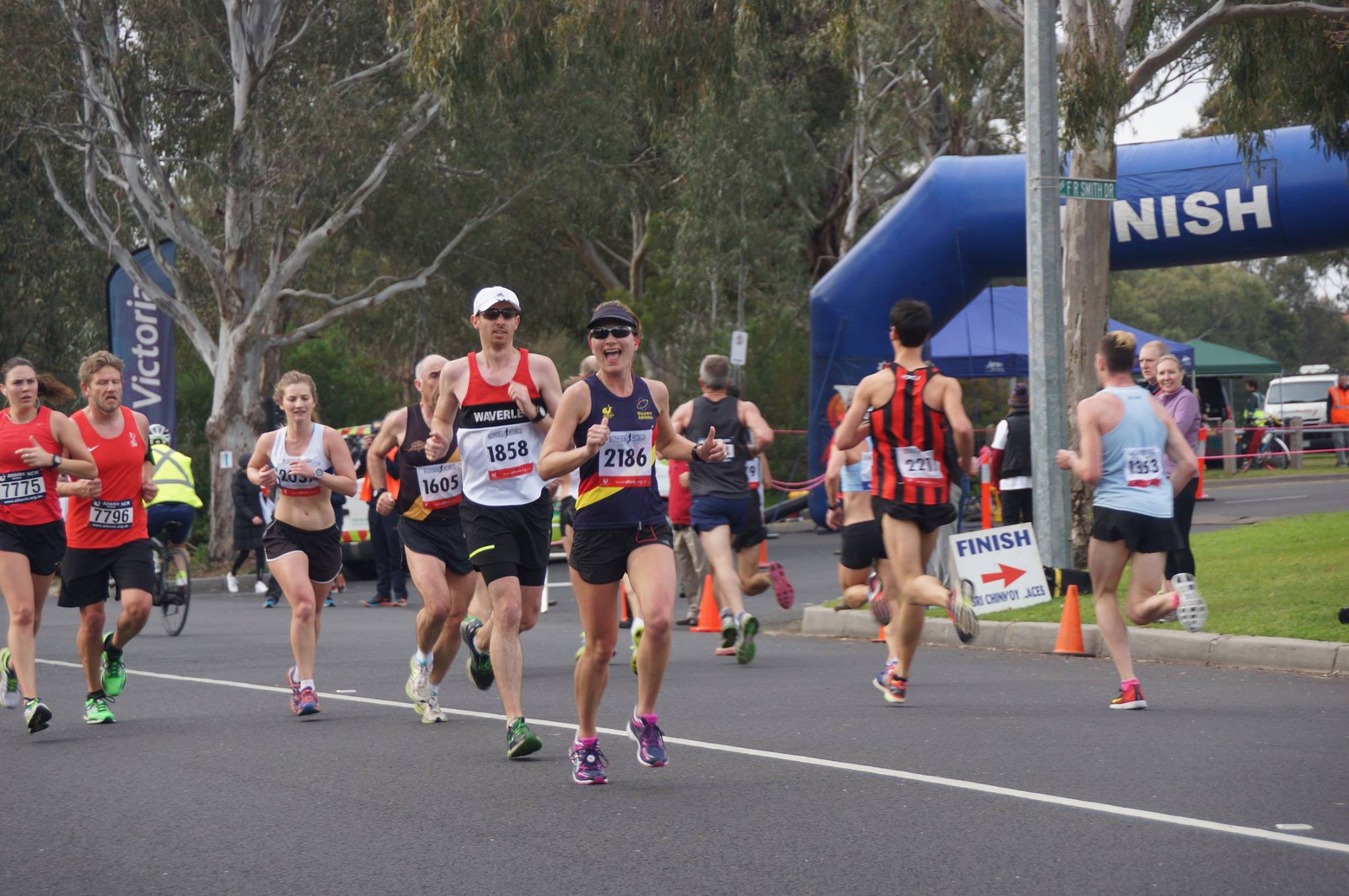 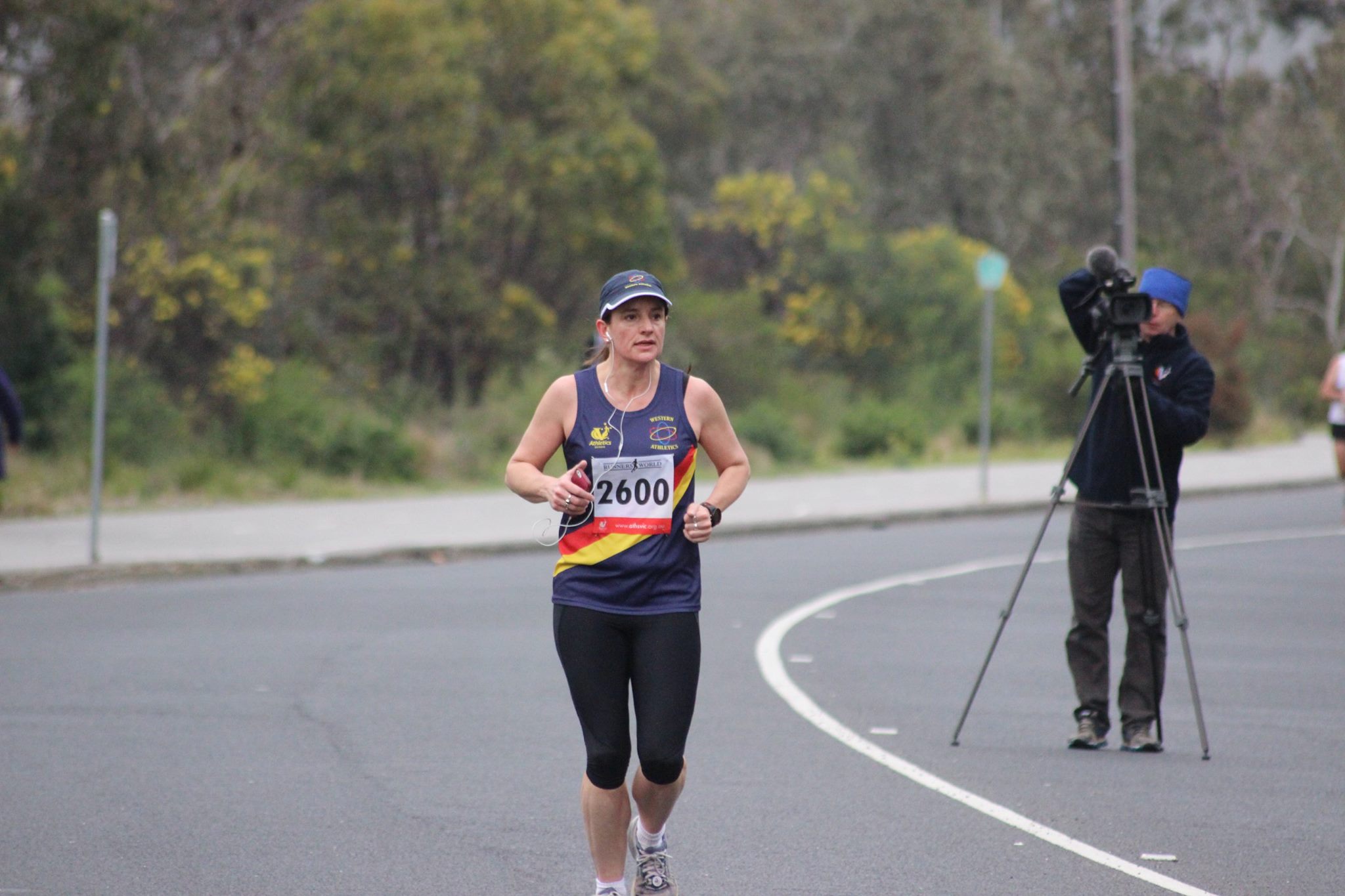 It was great to see Rob Pope in for the first time in the long one for Western Aths. He was unsure of how he would go in the race, having been not so well in the lead up, but he blew all that fear away and smashed out a great run finishing in a time of 70 minutes and 53.1 seconds in 14th place, his best place in the XCR competition. Second in for the Div 2 was Alistair McDonald then U20 Michael Mirindi, Alex Tyrrell and, Adam Knowles with his best race of the season and a solid PB. Congratulations to Michael Mirindi in completing his first half marathon, a great effort and it will be exciting to see what he is able to do for the team next year as an open athlete. Like the women, amongst the men’s results there were some very impressive PBs, with the best of the day being Alex Tyrrell’s 5 minute PB and Ben Mudie’s 6 minute PB. However, despite strong numbers and performances this round we failed to field the 13 athletes required for 3 teams and missing out on the Div 6 team points will result in a slip from equal second into third place on the ladder. 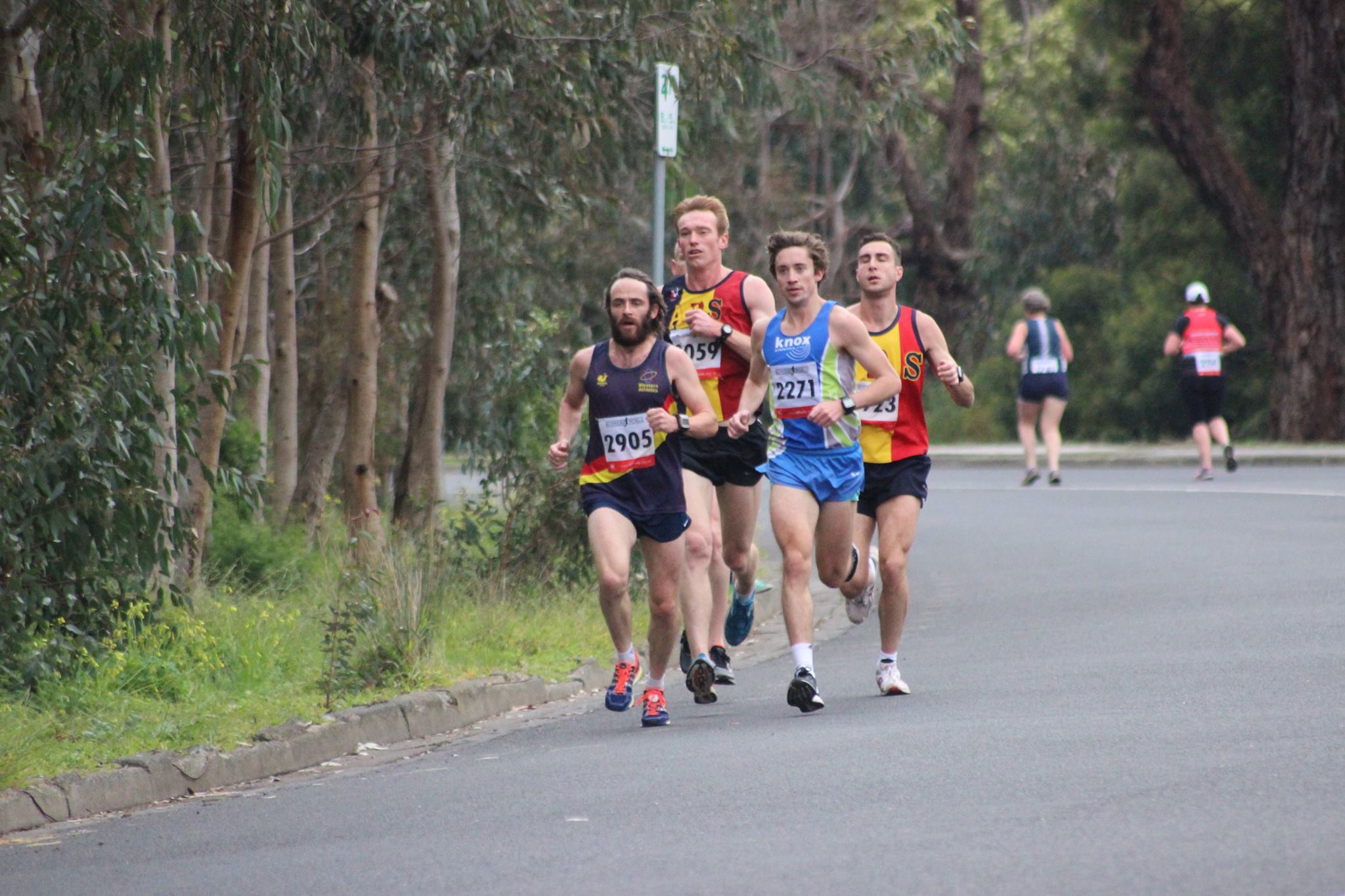 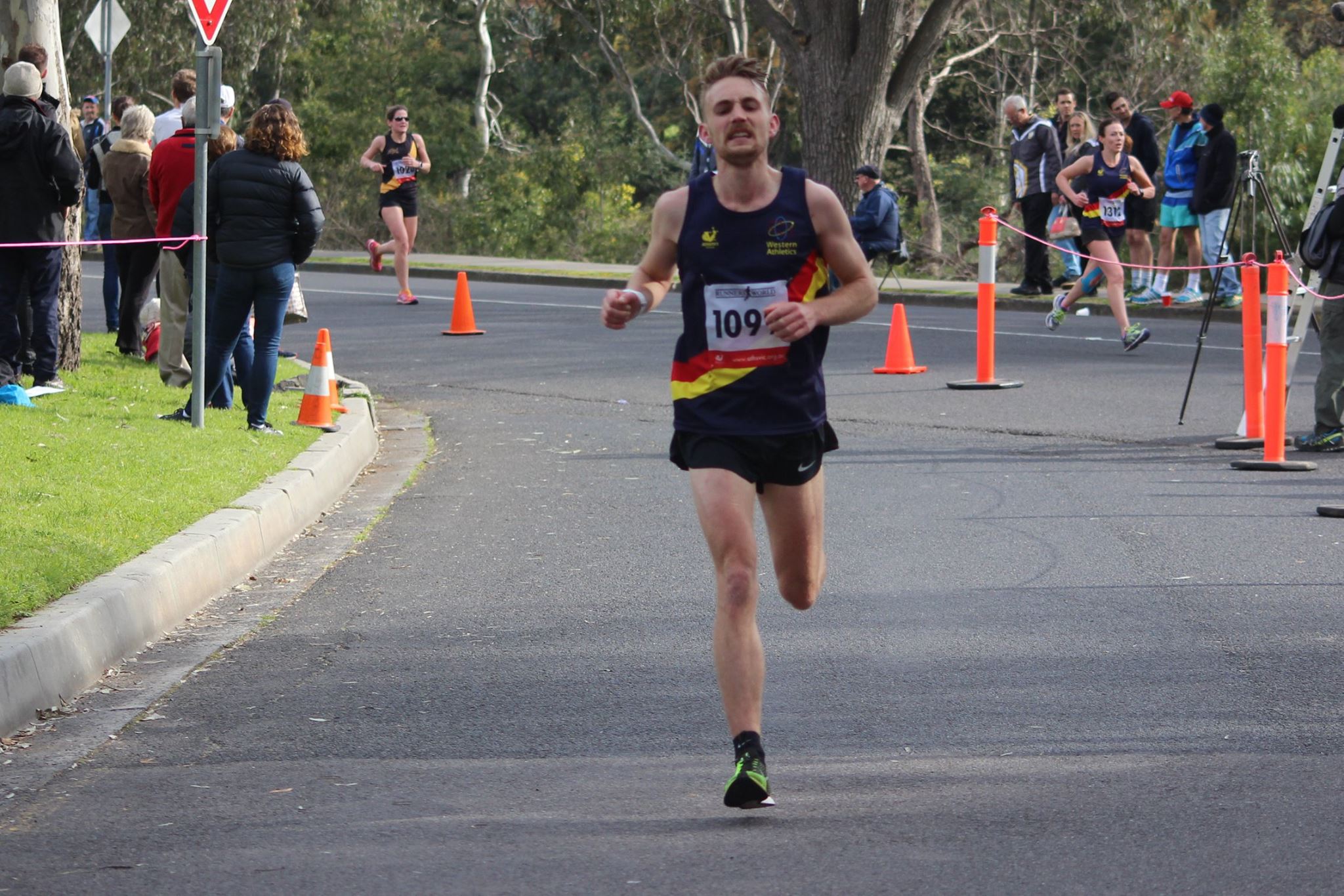 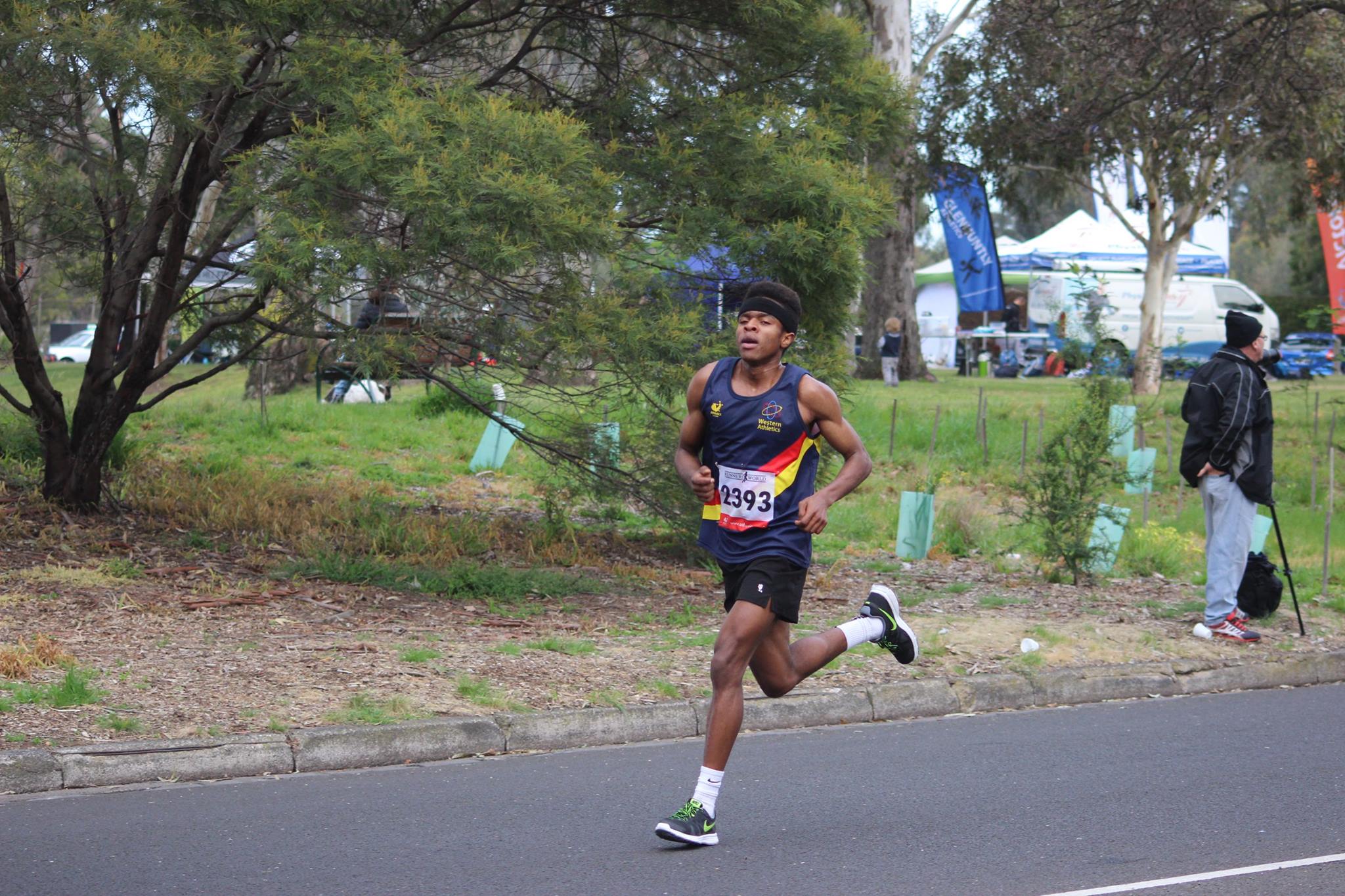 With the juniors not racing it was still nice to see many them turn out early for their Sunday run and to support the seniors, in what is for many, the toughest run of the year. And whilst our faces might not show it towards the end we do appreciate the support! Thanks to our AV helpers; Mechelle Lane, Aimee Lane, Chris Downie, Daniel Dunstone, Luke Hodgart and Adrian Jeffkins. Not to mention Jackson and Thomas Glover who helped out Willie Aths on the drinks stand and of course our photographers for a great selection of photos; Stu Macaulay, Lori Glover and John Alchin. 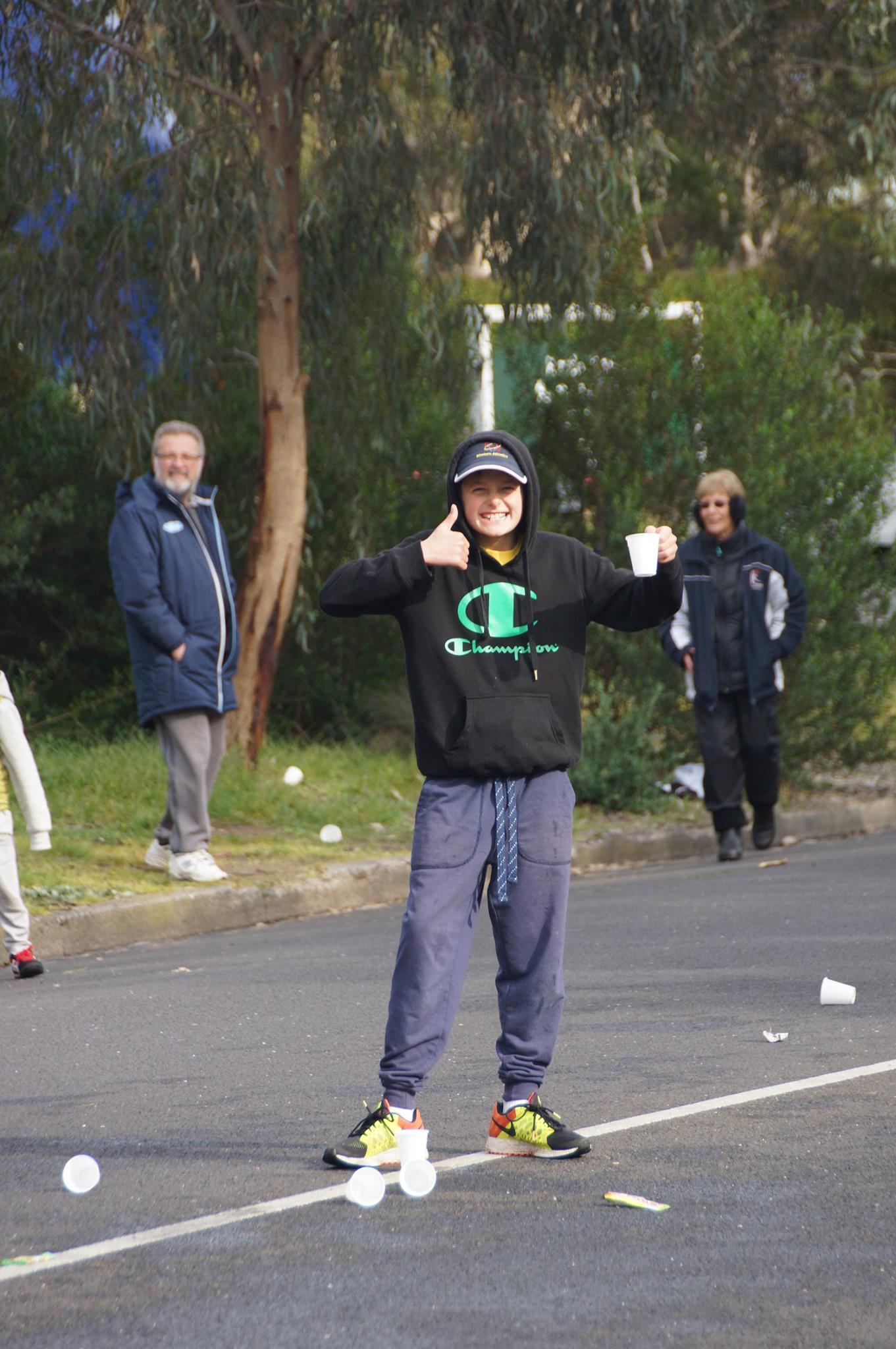 Thanks for the drinks Tom and Jackson - Photo by John Alchin